Volunteers will miss rescued horses
The 36 rescued horses at the Sandusky County Fairgrounds will have to wait a little longer to be placed in foster homes after plans to move them were postponed a few days. From The Sandusky Register. Read more >>

Special CAVALIA Performance in Honor of Archbishop Desmond Tutu to Benefit Charities
After seven weeks of sold out shows and more than 80,000 spectators, Cavalia, the incredible equestrian odyssey, has decided to turn its sites southward and lend a helping hand to Haiti. From Yahoo Finance. Read more >> 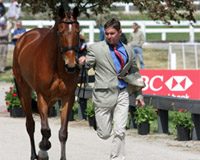