House backs bill on horse health issues
A bill creating a board that could study horse health issues and recommend standards of care received unanimous approval Thursday from the House. From The Louisville Courier-Journal. Read more >>

Rabies confirmed in Bandera Co. horse; more cases are feared
It is the first known case of a horse infected with rabies in Bandera County in nearly 40 years. From KENS5. Read more >> 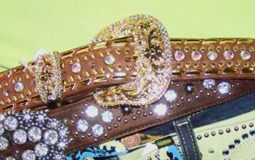