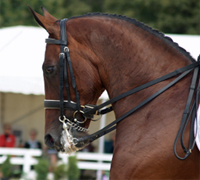 On Tuesday, March 9, the International Equestrian Federation (FEI) announced its next steps in the ongoing debate over the use of non-steroidal anti-inflammatory drugs (NSAIDs) in competition horses. Several months ago, the FEI took heat from much of the equestrian world after it announced relaxed guidelines for certain drugs, including bute.

In some countries, including the United States, bute and other NSAIDs have been allowed in competition horses in restricted amounts. In FEI competition, those drugs have been banned under the Federation’s zero tolerance policy. Many equestrians were outraged that the FEI had apparently taken a step back from this policy. In response, the FEI agreed to delay implementation of the new drug rules so that the issue could be explored more thoroughly.

The height of the ongoing debate over NSAIDs will be the FEI Congress on NSAID usage and Medication in the Equine Athlete to be held in Switzerland this August.

To facilitate the discussion, the FEI will set up a virtual platform open to the global audience. National Federations, riders, trainers, officials, event organizers, veterinarians, the media as well as the general public will be able to access the science currently available and will be encouraged to submit their contributions to the debate.

The following timeline has been established for the virtual platform:

Mid- to late July: Information will be sent out for consultation. It will reflect the policy issue of whether the FEI should allow the restricted use of NSAIDs, provided the levels are limited and are deemed by the List Group not to threaten horse welfare and not to be performance enhancing.

Late August: Consultation process with the National Federations begins. Lists and Congress proceedings will be sent to the NFs in view of the General Assembly.

For the most up-to-date information on drugs and medications, visit the FEI’s website at horsesport.org