The dressage community stepped up to help one of their own during the seventh week of the Top Shelf Dressage Under the Stars competition at the Player’s Club & Restaurant, raising $17,000 for Dressage Olympian Courtney King-Dye. The money will be donated to King-Dye’s medical expenses as King-Dye remains in a coma at Saint Mary’s Hospital in North Palm Beach following a riding accident. Read more >>

“The whole night was about helping Courtney, and raising that amount of money was pretty incredible,” said Carol Cohen, of Two Swans Farm, who organized the riders throughout the Dressage Under the Stars series. “I am so proud of our community. Morgan Heinrichs, Courtney’s working student, rode a freestyle in Courtney’s honor and Lendon Grey, Courtney’s long-time trainer, came and judged Dressage Under the Stars and updated us on Courtney.”

Young Rider Leah Wilson, who trains with Canadian Olympian Jacqueline Brooks, won the dressage competition during the evening and donated her $500 cash prize from the Players Club to King-Dye’s medical expenses. “The outpouring of love during the evening was amazing. Everyone was really digging deep into their pockets and not asking for anything in return,” Cohen said, adding that most of the audience purchased and wore green ribbons, the symbol for brain injury, with all of the proceeds going to King-Dye.

The evening also included a demonstration by a Gypsy Vanner named Kuchi, owned by the North American Gypsy Vanner Horse Society founders, Denis and Cindy Thompson of Gypsy Gold in Ocala, Florida. The Thompson’s brought a Breyer horse statue modeled after Kuchi and auctioned off the Breyer to the highest bidder, Bo Lofvander for $1,000. The Thompsons also brought one of the first sixteen Gypsy Vanner horses to be imported to the United States, Esmeralda. Esmeralda has had numerous appearances in print including the centerfold in the March 2010 Horse Illustrated.

The Wellington Institute, a wellness center dedicated to medical and dental aesthetics and anti-aging medicine, also auctioned off a $1,400 package to their facility, with all money going to King-Dye.

Jim Welsh of Elite Horse Transport, Purina Feed, King-Dye’s long-time sponsor, and Cohen, who has known King-Dye since she was a young girl, all donated large checks to the fundraiser. “Courtney is still in a coma but she is breathing on her own,” Cohen said. “She’s young and strong and a fighter and that is encouraging.”

Anyone wishing to donate to the Medical Assistance Fund can make checks payable to:

Dye’s husband, Jason, has posted contact information on Courtney’s website for anyone wishing to send cards or messages. 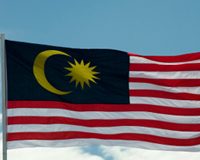