After a thrilling competition, Australia’s Boyd Exell has won the Rolex FEI World Cup™ Driving Final in Geneva, presented by Brasserie A. Egger. Being the title defender, winner of three World Cup™ Driving events this season and top favourite, Exell felt the pressure on his shoulders but kept his head clear and beat the ‘Bloody Dutch’, Koos de Ronde and IJsbrand Chardon.

Three days preference
Home driver Werner Ulrich unfortunately had three knockdowns with his mixed team of Swiss Warmblood horses and a Lusitano gelding which made him come last in front of his home crowd. After a very smooth round on the first day, double World Champion Tomas Eriksson from Sweden was determined to equal this performance. But the winner of the FEI World Cup™ Driving competition in Stockholm also knocked three balls down with his team of Swedish warm blood geldings and dropped to the fifth place in the final standings.

Ulrich’s compatriot Daniel Würgler drove the same team with which he won the FEI World Cup™ Driving competition in Leipzig in January, existing of two Kladruber horses, a trotter and an Andalusian cross Camargue, which has only been in Würgler’s stables since last spring. The 50-year-old professional horseman explained afterwards that his horses are at their best on the third day of a competition. Unlike in Leipzig, there was no extra competition in Geneva and Würgler had to be pleased with the fourth place.

Pressure
IJsbrand Chardon was first starter after his disappointing performance on the first night. The four times World Champion drove his new team of Lipizzaner horses with more pressure and put down a fast and clear round with which he qualified for the Winning Round.

Koos de Ronde had one knockdown, but drove very fast and secured his place in the Winning Round. Being the last starter, Exell felt the pressure and for a moment it looked as if the 2008 World Championship bronze medallist would not make it to the Top Three, but his very fast time made up for the two knockdowns.

Neck-to-neck race
The differences between the Top Three drivers were very little which forced them to go for it all the way in the Winning Round. Chardon drove clear again, but De Ronde drove one of his best rounds ever and took four seconds off Chardon’s time. De Ronde, who is competing with three piebald geldings of the outdoor four-in-hand team of his father, kept his second place. The tension and excitement grew in the Palexpo hall when Exell came in, driving with his experienced team of trotters and warm blood geldings. In a breathtaking round, which was closely followed by the enthusiastic driving fans, Exell remained clear and passed the finish line three seconds faster than De Ronde with which he won the FEI World Cup™ Driving for the second consecutive time in his career.

Unique course
International course designer Falk Böhnisch from Germany had designed a fast and technically difficult course, which was much praised by the six drivers. As the arena in Geneva is one of the largest in Europe, 80 meters long and 60 meters wide, Böhnisch had more space to ‘play’ with the various lines and obstacles. The excellent surface, the hill, the bridge, the use of jumping obstacles and the wonderful water splash made it a truelly unique course in Geneva. 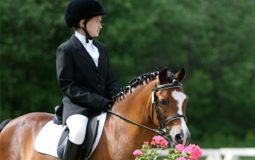