Engine-oil wound treatment must stop, says charity
The owners of some working equines in Colombia apply engine oil to wounds in the belief it is an effective treatment, it has been revealed. From Horsetalk. Read more >>

Judge dismisses Nevada wild horse roundup lawsuit
A federal judge today dismissed a lawsuit brought by horse activists that sought to halt the roundups of wild horses in Nevada and the stockpiling of the animals in Midwestern facilities. From The Reno Gazette Journal. Read more >>

Children Have a Place in Horse Racing
It was a typical exchange between a kid who could be considered annoying and his parent. From The New York Times. Read more >> 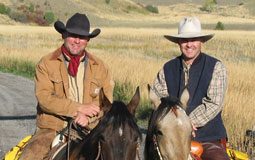