Can a runner beat a horse in a race?
This weekend it’s the annual Man v Horse Marathon across hill and dale in the Brecon Beacons. From BBC News. Read more >>

Horse patrol fund-raisers given more time
Selectmen are giving business owners, who are working to raise the $18,000 needed to keep the Police Department’s Mounted Patrol Unit intact for at least another year, more time to reach their goal. From Seacoastonline. Read more >>

Horse football craze gallops into Gretna equestrian center
The players are four-legged, do not demand multi-million pound pay packets and rather than celebrating victory with a bottle of Champagne, they’d be happy with a bale of hay. From The News and Star. Read more >> 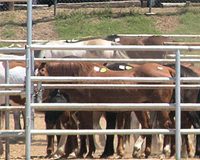 How humane is horse slaughter?