Twelve accomplished collegiate riders will experience the ultimate  catch ride at the 2010 Collegiate Reining Championships at NRHA Derby in Oklahoma City, Oklahoma. Riders in the championship have proven their abilities in the show ring and qualified to compete against their peers at this national competition.

NRHA selects four riders from a pool of collegiate NRHA members. This year a record number of applicants were evaluated on a number of criteria including NRHA points, earnings and show history. The individuals selected to compete on behalf of NRHA are:

The Intercollegiate Horse Show Association (IHSA) is represented by the top four placing individuals in Open Reining. This year, the qualifying competition was held in Lexington, Kentucky at the IHSA National Championships. The riders who qualified to compete on behalf of IHSA are:

Don’t miss your opportunity to be a part of the excitement. The success of this competition depends on horses being donated for the collegiate riders. Fourteen horses will be needed, one for each of the 12 competitors plus 2 alternate horses. As a thank you, each donated horse’s stall fees will be refunded after the Derby.

“The Collegiate Reining Championship is a showcase for some of the best horses and young riders in the sport of Reining,” said Ollie Griffith, IHSA National Steward and NRHA Judge.  “This program gives owners and competitors a chance to highlight their skills on a national level.”

For more information or if you are interested in helping this great cause or know of someone who is, please contact Brian Bendele or Shianne Megel at the NRHA office at 405-946-7400.

Other events at the NRHA Derby include: 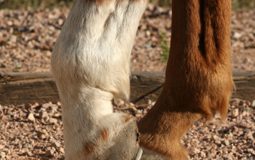