Many of the top equestrian drill teams in the southern United States are competing this week at Super Ride VIII, the United States Equestrian Drill Championship. The competition is sponsored and hosted by Lindale, TX, a small city east of Dallas.

Equestrian Drill is a team sport that requires careful precision and many hours of practice. Riders must be able to control their horses’ speed while being aware of the other horses on the team to stay in formation. Drill teams can have as few as four horses or as many as 20. Any breed, including grade horses, can compete in drill as long as they can remain focused and obedient while working very closely with other horses.

Drill teams are noted for uniformity, typically sporting matching attire, including saddle pads and other tack embellishments. Teams are usually matched based on the type of horse, such as stock-type or gaited breeds. In competition, drill teams are judged on their timing and coordination, originality, horsemanship, and crowd appeal. 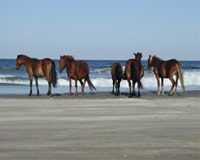