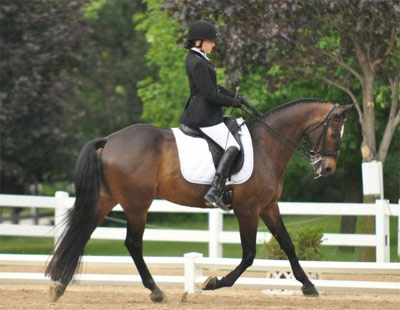 As September approaches many equestrians are making their last preparations before their trip to Lexington, KY.  One of the Para-Equestrian Team members is Becca Hart  who has been riding her own horse Norteassa and Kerri Sowers’ talented gelding Kazan over the last year.  Both horses have led Hart to the 2010 USEF Para-Equestrian Dressage National Championship and reserve championship titles.  At this point, the horse that Hart will be riding at the 2010 WEG has not been decided.  Hart and Kerri Sowers friendship began at Blue Hill Farm riding under Jessica and Missy Ransehousen.  Not long ago Hart was given the opportunity to ride Sowers’ horse Kazan while Norteassa was resting. Together Hart and Kazan have made a great team.  Sowers noted, “I have been very proud of Becca and Kazan.  Kazan has proven himself in competition time and time again over the years and always has his best performances when the competitive pressure is the greatest! I would like to wish Becca the best of luck competing at WEG regardless of which horse will be chosen.” 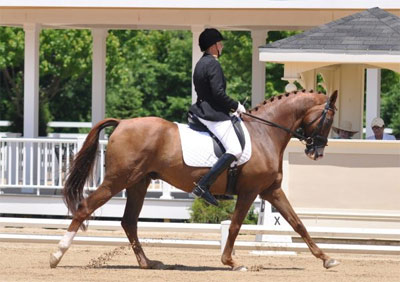 Robin Brueckmann was also a top competitor at the USEF Para-Dressage National Championships. Brueckmann will be riding Elly Schobel’s Raison d’Etre during the 2010 WEG.  Brueckmann and Schobel met at Anne Gribbon’s barn years ago where they were both training.  In the fall of 2009 Brueckmann told Schobel she was interested in qualifying Raison d’Etre for the para-dressage team for the 2010 WEG.  “Ralee is a confident show horse,” smiled Schobel. “He is convinced that everyone comes to the show to see him.  Robin is an exceptional intuitive rider which is one of the reasons why she has been so successful as both a rider and trainer. Together they have the ‘IT’ factor – elegance, confidence and know-how.”

Schobel continued, “This is a dream come true for Robin, Ralee’s breeders at Dreamtime Farm in Lexington, KY and myself, as his owner, rider, groom and occasional ‘scratching post’. It is also a wonderful example of how a group of friends can breed such an exceptional athlete, train him, and compete him.” 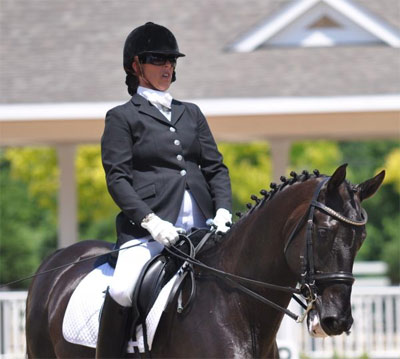 Just a short while ago Jennifer Baker had to withdraw her horse Duel from the 2010 WEG.  Akiko Yamazaki, owner of Steffen Peters’ mount Ravel, had received word from her coach and trainer Shannon Peters that the Para-Dressage team was looking for a new mount for Jennifer.  Yamazaki knew this would be a perfect opportunity for Kranak.  “I had made a decision to retire 18-year-old Kranak in May from showing,” explained Yamazaki. “What I did not realize was that Kranak did not enjoy being retired.  He still wanted a job to do even though he had been a Grand Prix horse for ten years!  When I received word that Jennifer needed a horse, plans were quickly made for her to come out and try him. I could immediately tell they were a great match and I could see that Jennifer was a kind of person who would really take good care of my beloved horse.  Kranak is a great horse to ride, has excellent manners, has amazing canter pirouettes, and is 150% bomb proof.”

She continued, “From an owner’s perspective I am so excited that Kranak gets to add one more thing to his resume. He is a horse that deserves to have an honor such as participating at the 2010 WEG.  He has always given so much to every rider and always puts a smile on his rider’s face.  I have no doubt that he will do the same for Jennifer.”

Baker responded, “I truly can not believe that this is really happening to me.  I have had a lot of heartaches in this journey and this has been a gift from heaven.  I was a little intimidated when I first got on Kranak because I had never ridden a horse of this caliber but he was very patient with me.  I would like to thank Shannon Peters for making this happen for me if it was not for her I would not be able to have this opportunity. I would also like to thank Akiko for trusting her precious Kranak with me.  I am honored to ride him in September.” 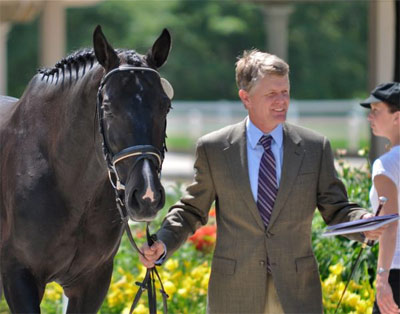 Two years ago 19-year-old Jonathon Wentz approached North Texas Equestrian Center (NTEC) owner and trainer Kai Handt.  Handt has always trained top horses, has always qualified his juniors at the North American Young Rider Championships, and has earned top accolades including the 2009 USEF Silver Stirrup Award as Grand Champion FEI Horse of the Year.  Wentz had one specific goal in mind when he approached Handt, to earn a spot on the United States Para-Dressage Team for the 2010 Alltech FEI World Equestrian Games™.  Within a short time at the NTEC Wentz had exemplified his top riding skills and he had earned a ride on a new mount named NTEC Richter Scale.  In June 2010 Wentz qualified for the 2010 WEG with the Shire Cross and he had earned top awards at the USEF Para-Equestrian Dressage National Championships.

Handt commented, “Jonathon is a really hard working guy and Richter Scale has really responded to him. I am looking forward to Jonathon competing at the 2010 World Equestrian Games.”

Wentz noted, “Kai is great. He is probably the most kind-hearted man on the planet.  I am excited to be going to WEG.  I started riding at a Therapeutic Riding facility but I always wanted to be competitive in horse back riding.  Around that same time the Para-Dressage World was starting to form. Shortly after, I moved to the North Texas Equestrian Center.”

The whole journey for Wentz has been exciting and to have the opportunity to ride with Handt has been incredible over the last two years. 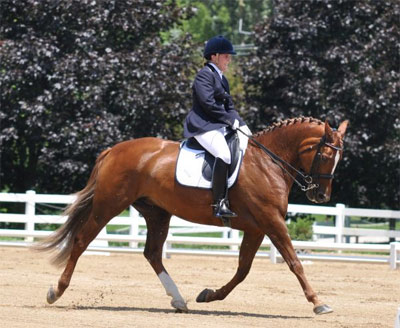 Mary Jordan will also compete in September at the 2010 WEG.  Jordan will be riding Paxton Abbey. For Jordan, taking the horse that was born in her lap is an exciting accomplishment.  She said, ” I bred Paxton Abbey, raised her and trained her myself. There is no other feeling you can describe than bringing your own horse along from birth to international FEI competition and riding for your country.” 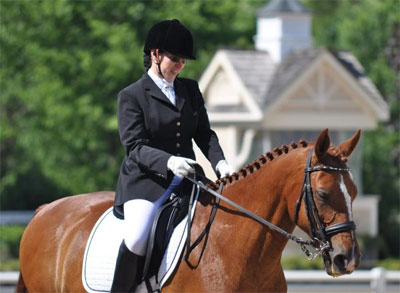 Kim Decker will be riding Dashers Destiny for two people that are close to her heart, her parents Donna and Paul Decker. Paul commented, “It has been 24 years since Kim’s accident and she has worked long and hard to reach this accomplishment.  To the best of our knowledge she is the only traumatic brain injury survivor to reach this level of riding for the USA.  Kim and Dasher teamed up three years ago when we found him and bought him from dreamhorse.com.  We are thrilled and delighted that Kim and Dasher are on their way to the World Equestrian Games.” 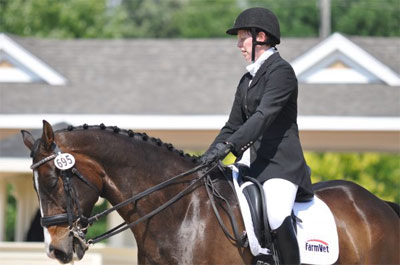 Erin Alberda will be showing her Swedish Warmblood Delectari at the World Equestrian Games.  “He is my first horse,” said Alberda.  “I bought Dylan as a first level horse and it has been an incredible honor to be a part of his training alongside my trainer Jenny Nell. Before Dylan I only rode schoolmasters where I was the inexperienced dance partner.  Riding Dylan has required me to be a lot more confident in my riding. The best part of Dylan is that he has taught me how to laugh when I ride.  He has quite a sense of humor!  Owning the horse I will compete on adds a certain dimension of excitement and a bit of vulnerability. I am definitely proud that Dylan was bred and raised right here in the U.S.”

Not every owner has been showcased above, but they are all very important in the future of each para-equestrian.  The United States Para-Equestrian Association would like to thank all of the Para-Dressage equines that have been selected to the Nominated Entry for the 2010 Alltech FEI World Equestrian Games™.

The Para-Dressage competition for the 2010 Alltech FEI World Equestrian Games™ at the Kentucky Horse Park in Lexington, KY begins on October 5, 2010. Riders will compete on a world-stage in front of international judges, following FEI rules, and top international competition in the covered arena. The individual team test will commence on October 5, 2010, and riders will compete with their horses for six days ending with the individual freestyle test on October 10, 2010.

For more on para-equestrian, visit USPEA.org.