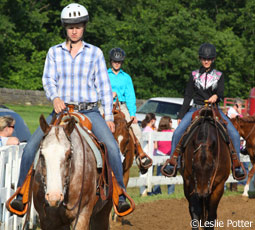 A newly formed association, The National Ride And Show Association (NRSA), is a revolutionary idea in riding and showing that allows its members to show what they want to show throughout the year and still be eligible for year-end awards including Top Ten Circuit awards and trophy buckles.

“The idea is for members to pick and choose what and when they want to show, and to encourage time in the saddle similar to some of the Ride programs other associations offer,” says NRSA founder Laurie Cerny. “It’s allows people to more casually compete throughout the year and ride their horses recreationally, and at the same time still be eligible for some nice year-end awards.”

Cerny, who is the publisher of Green Horsekeeping Magazine and owner of One Horse Press, has shown open and breed and discipline approved shows throughout her 35 years of horse ownership. She hopes NRSA will help to support local horse shows and activities.

“In the Midwest we’ve seen several longstanding show circuits fold because of low numbers at their horse shows,” Cerny said. “Gone are the days when the average horse owner, who wants to show, can commit to showing a dozen horse shows during the summer in order to be eligible for year-end awards.”

NRSA offers two annual circuits. The NRSA Regular Circuit requires members to show in three shows of their choosing (anything from open and 4-H to breed and A-rated shows) and to log at least 300 hours of riding time in the saddle. If these two requirements are met a 2010 NRSA Completion Award plaque is earned.

NRSA members who want additional competition can sign up for the NRSA Top Ten Circuit. – where the results from their best five horse shows will rank them nationally in one of five age categories (13-Under, 14-20, 21-39, and 40-over). Five hundred hours in the saddle are also required for the top ten circuit. The top ten in each age division receives a special NRSA Top Ten Circuit Award plaque and will have the option o purchasing an award buckle.

Cerny says it’s not too late to join NRSA for 2010.  Shows and riding hours will be accepted retroactive upon membership. The deadline for turning in show results and saddle time is December 31. 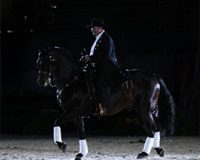