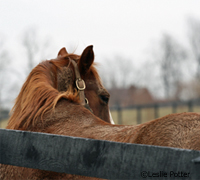 On October 12, the Suffolk County, New York legislature unanimously approved a bill to launch the nation’s first animal abuser registry. Anyone convicted of animal cruelty will be required to submit and keep updated their name, address and photo to the publicly searchable database for five years following their conviction.

The bill was written by legislator Jon Cooper, who has also submitted a follow-up bill that would make it mandatory for pet stores, breeders, and rescues to check prospective buyers and adopters against the registry.

Rescues and animal-related businesses will also be able to use this registry to screen job or volunteer applicants.

The cost for this registry is underwritten by the convicted abusers who will have to pay a $50 annual fee. Those who do not comply will be subject to a $1,000 fine and the possibility of up to a year in jail.

Suffolk County encompasses the eastern half of Long Island, including the Hamptons. Much of the county is rural and home to many horse farms. Although the bill only covers one county, it could be used as a framework for other governments to model their own registries. Several other locations, including Tennessee and California, have attempted to create similar registries in the past.

Beyond the immediate benefits to animals, breeders and rescue operations, many studies have shown a strong correlation between animal abuse and violent crime against humans. Monitoring animal abusers could potentially help prevent future acts of violence.

Though there is currently no official federal database of animal abusers, the website pet-abuse.com maintains a searchable database that serves a similar purpose. 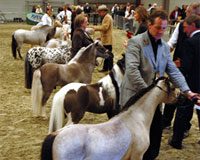