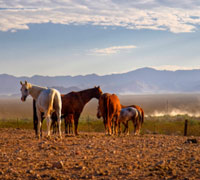 When horses are found abused, neglected or abandoned, one of the immediate challenges is finding a safe place for them to go to recover. In a bad economy, many horse owners who have hit hard times make the decision to sell or give away their horses, but are unable to find new homes for them. With many well-meaning individuals starting rescues only to close down when the bills pile up higher than donations, it can be difficult for horse owners to determine which rescues are reputable. In response to these challenges, Arizona has created a statewide horse rescue registry.

The bill to create the registry was proposed in early 2009 and later that year was approved by the state legislature. The law went into effect on July 5, 2010. While some independent rescue registries exist, Arizona is the first state to launch a government-sanctioned equine rescue registry.

The Arizona Department of Agriculture is overseeing the project and has recently started processing applications. In order to qualify for the registry, rescues must have non-profit status, pass standards for physical condition of the facility, pass AAEP standards for equine care, and provide a written recommendation from a veterinarian. Rescues must pay a $75 registration fee and renew annually.

The first organization to be approved by the Arizona Department of Agriculture is Arizona Equine Rescue Organization near Scottsdale. 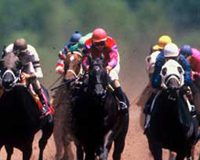