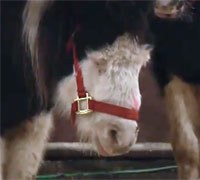 The latest case of large-scale horse neglect comes from Fulton County, Arkansas, where a horse dealer named Rodney Kankey was found to have left a herd of more than 100 horses and donkeys without food or water.

According to reports, there had been several complaints of neglect at Kankey’s farm over the past seven months. Previous complaints had led to warnings from authorities, but he did not comply. When animal welfare responders were finally able to execute a search warrant on December 9, they found horses with untreated fractures and several cases of strangles, as well as some horses that had already died due to lack of care. At least two have been euthanized since the seizure due to strangles infections. Strangles is not typically fatal, but the horses were already immunocompromised due to malnutrition and poor living conditions.

Welfare workers and the Fulton County Sheriff’s department determined that Kankey had not provided any food or clean water for the horses since he was arrested for threatening several people with a gun on Thanksgiving Day. He was released after posting bond on December 6. No charges have been pressed for animal cruelty at this time as the investigation is still ongoing.

The horses are currently under custody of the Fulton County Sheriff’s Office and in quarantine at the Mountain Home Livestock Auction barn where they will remain for at least 30 days. Volunteers and workers from the American Society for the Prevention of Cruelty to Animals (ASPCA), the Humane Society of the United States (HSUS) and American Humane Association (AHA) are working to bring the animals back to health and get them accustomed to being handled and groomed by humans.

The equines are expected to be available for adoption through various rescue organization once their quarantine and recovery period is up. For more information, read updates at AmericanHumane.org 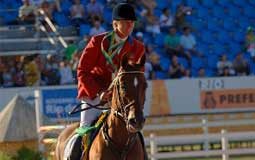