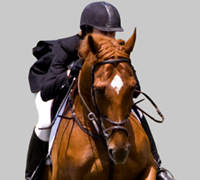 A new chapter is opening in the long history of the National Horse Show (NHS). Beginning this year, the show, along with the ASPCA Maclay hunt seat equitation finals, will have a new home at the Kentucky Horse Park. The high-profile hunter/jumper show is one of the events attracted to the Horse Park thanks to the legacy of the 2010 Alltech FEI World Equestrian Games and the new facilities built on the grounds. The NHS will be held in the new indoor arena, now called the Alltech Arena, from November 2-6, 2011.

For the past three years, the NHS has been held in conjunction with the Syracuse Invitational Sporthorse Tournament. The tournament, which was organized by show jumpers John and Beezie Madden in 2003, will not be held this year. According to an interview with John Madden in the Syracuse Post-Standard, the NHS decided to part ways with the tournament because the 2009 edition of the show lost $240,000 and the NHS directors did not want to risk another year with similar losses. According to Madden, the 2008 and 2010 shows broke even or better.

The NHS was first held in 1883, and for most of its history was held in Madison Square Garden in midtown Manhattan. The urban show was a society event where spectators came in black tie attire to watch hunter, jumper and Saddlebred competition. Starting in 1989, the show was held in New Jersey, but returned to a the Garden in 1996. The Saddlebred competition dwindled toward the end of the 20th century, and ultimately that division was cut from the NHS. In 2002, the show moved from New York City and spent the next several seasons in Florida until the move to Syracuse in 2008.

The Kentucky Horse Park’s indoor venue and attached stabling provides an ideal venue for the November show, just prior to the winter circuits in Florida. Organizers hope that the show will thrive in its new location and return to the scope of its Madison Square Garden glory days. 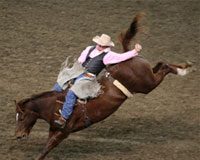