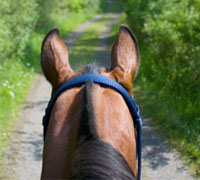 On April 19, 2011 the American Horse Council released its 2010 Report on Equestrian Access on Federal Land. The 2010 report is intended to provide a brief overview of the responses the AHC received from equestrians to its ongoing access survey in 2010.

In July, 2009 the American Horse Council launched its effort to collect information regarding equestrian access issues on federal lands. The center piece of this initiative is a online form riders can use to report their personal experiences regarding trails on federal lands that have been closed to them or other access issues. Anyone wishing to participate in the study may find the online form on the AHC website at https://www.horsecouncil.org/survey.php.

This effort was prompted by a growing concern among recreational riders around the country that they were seeing a reduction in the number of trails and trail heads open to equestrians on federal land.

In March, 2010 the AHC released its first report on equestrian access, the 2009 Report
Equestrian Access on Federal Land, which can be viewed on the AHC website.

The 2009 report has been used successfully by the AHC to inform members of Congress, federal land mangers and other recreational users of the issues some equestrians have experienced.

“The 2009 report was a great success and has been used by the AHC to inform members of Congress, federal land mangers and other recreational users of the issues some equestrians have experienced,” said AHC Legislative Director Ben Pendergrass.

Hundreds of thousands of Americans use horses and pack stock to enjoy America’s great outdoors each year. However, it is an experience that cannot be enjoyed without access to public land, trail systems, and trailheads.

“The AHC uses these reports to illustrate some of the challenges facing recreational riders,” said AHC President Jay Hickey.” “Our federal land mangers work hard and there are many great recreational opportunities on federal land. However, the equestrian community needs to be vigilant concerning any loss of access to federal land.”

The AHC plans to continue its effort to collect information regarding equestrian access. The AHC encourages all recreational riders to report their experiences to the AHC using this electronic form. 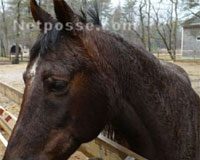 A happy ending in the case of a missing horse in...