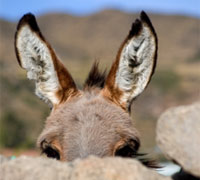 An intense international effort involving the Turkish Minister of Agriculture and Rural Affairs, the U.S. Embassy and SPCA International will allow an Iraqi donkey to relocate to the United States next month. SPCA International thanks the many donors and supporters who petitioned the Turkish authorities allow Smoke the donkey passage to the U.S. through Turkey. The animal was rescued in 2008 by Col. John Folsom and his Marines at Camp Taqaddum, brought back to good health and soon became the unit’s mascot and friend.

After a brief period of quarantine in New York’s JFK airport, Smoke will settle in Nebraska where he will be trained as a rehabilitation therapy animal for Wounded Warriors Family Support, a nonprofit that provides support to families of military personnel wounded, injured or killed during combat operations.

Thanks to the efforts of SPCA International and the U.S. Embassy working with authorities in Turkey, Smoke will become the first animal allowed official transport from Iraq into Turkey since the Iraq war began.

“We are so excited and thankful to have gained the approval needed to bring Smoke to his new loving home with John Folsom and the Wounded Warriors group,” said Stephanie Scott of SPCA International. “We worked closely with the USDA and multiple veterinarians in Iraq to ensure Smoke has all the proper immunizations, has cleared the proper tests, and is healthy and safe for travel to the United States. It has been a long journey so far and we are grateful to the many people and officials who helped make this happen so Smoke can be reunited with his Marine friends and serve an important therapy role helping veterans and their families.”

Ret. Col. John Folsom is providing a safe and loving home for Smoke in Nebraska. Folsom says he has not stopped thinking about his friend since he left Iraq and is looking forward to giving him the kind of life and home he deserves.

For daily updates on Smoke’s progress and to view the petition that helped secure Smoke’s passage, visit www.spcai.org. 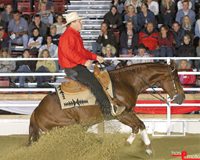 The hottest western ticket in Europe