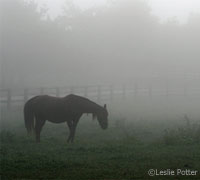 Either allow domestic horse slaughter in the United States or ban it and the export of horses to foreign countries for slaughter. This is the recommendation made by the Government Accountability Office (GAO) in the long-awaited report on horse slaughter. Click here to read the full report.

Officially titled, “Horse Welfare: Action Needed to Address Unintended Consequences from Cessation of Domestic Slaughter,” the report explores if and how horse welfare has been affected by the de facto ban on horse slaughter beginning in 2007. While slaughter is not technically illegal, the USDA is prohibited from funding inspections of horse meat or horses for slaughter, effectively eliminating the practice. Some of the aspects of horse welfare taken into consideration for the GAO report are rates of neglect and abandonment, sale prices of horses, and welfare of horses being transported to slaughter.

The report finds that horse welfare in the United States has declined since the closure of the American slaughterhouses, although that decline appears to be due in part to insufficient regulations protecting horses and not simply the lack of a domestic slaughter option. In fact, one of the GAO’s proposals is to explicitly ban horse slaughter and the export of horses to slaughter for human consumption. The report’s final recommendation is as follows:

Some of the report’s findings:

The Animal and Plant Health Inspection Service (APHIS) transport regulation was established in 2001 to protect the welfare of horses being shipped to slaughter. Among other things, the regulation states that shippers must provide adequate food, water and rest, trailers must have sufficient space and ventilation, stallions and aggressive horses must be segregated from others, and horses must not be blind in both eyes, unable to bear weight on all four legs, or nearing their foaling date. The GAO report found that the current system has some gaping holes preventing enforcement of the transport regulation.

In response to the GAO’s recommendations, the USDA has agreed to work to implement the APHIS’s proposed amendment to expand the transport regulation. The USDA has also said that they will train additional personnel to enforce transport regulations and work with officials from Canada, Mexico, and the Texas Department of Agriculture to ensure consistent handling of slaughter horses throughout the shipping process.

Horse slaughter will continue to be a highly controversial issue within the horse industry and the federal government. Earlier this month, Senator Mary Landrieu (D-La.) and Lindsey Graham (R-S.C.) introduced SB 1176, the American Horse Slaughter Prevention Act, which would outlaw sale or transport of horses or horse meat for human consumption. The bill is currently sitting in committee and has not been scheduled for a vote.