Viewing the annual Assateague Island pony swim is on the top of many horse lovers’ bucket lists thanks in large part to Marguerite Henry’s classic novel Misty of Chincoteague. Each year, the Chincoteague, Va. Volunteer Fire Department herds the Chincoteague Ponies from the island across the channel to the mainland where the younger ponies are auctioned off. This serves as population control and as a fundraiser for the department. This year’s swim took place on Wednesday.

Assateague Island is divided by the Virginia/Maryland state line. The horses on the Maryland side are not rounded up or sold.

Tourists visit the Assateague Island National Seashore throughout the year, hoping to catch a glimpse of the famous ponies. Many attempt to feed or pet the ponies, and over time, this has caused the ponies to become accustomed to humans, which is potentially dangerous for both people and ponies.

In response to the increasing interaction between ponies and people on the island, the National Park Service has tightened the rules for visitors. There has been a longstanding rule prohibiting people from touching the horses, but the rule has now been extended to mandate visitors stay at least 10 feet away from the ponies and to prohibit them doing anything to entice the ponies to come close to humans, such as offering them food.

Additionally, visitors now must lock away their food where ponies can’t access it instead of leaving it unattended in tents or at picnic areas. Ponies on the island have been known to invade campsites in search of tasty treats. This is not only dangerous for campers, but put ponies at risk of colic or other illness.

As horse owners know, feeding horses by hand can lead to undesirable behaviors, such as biting or pushing. This problem increases with feral equines that are completely untrained, but have become habituated to humans. Additionally, ponies have been reported to approach humans both on foot and in cars, increasing the risk of ponies wandering on to roadways. 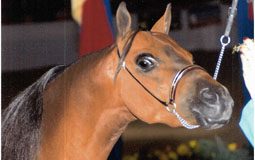