The Bureau of Land Management (BLM) announced on August 2 that it would not move forward with a plan to round up nearly 900 horses in Wyoming. The BLM had intended to geld the stallions captured in the round up and release 177 of them back to the range as geldings to help curb population growth. They will revisit the plan later this month.

Several advocacy groups that work to prevent any interference with American wild horses filed a lawsuit alleging that the round up was illegal. The 1971 Wild Free-Roaming Horses and Burros Act requires the BLM to protect and manage the Mustang herds in the west. Opponents of the BLM’s wild horse and burro management say that their tactics are pushing the animals toward extinction.

One of the groups involved in the lawsuit is the American Wild Horse Preservation Campaign. On their website, they describe the actions they support in Mustang management.

The BLM counters claims that the round ups are causing irreparable harm to wild horse and burro populations. On its website, the BLM states: 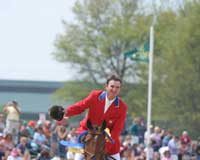