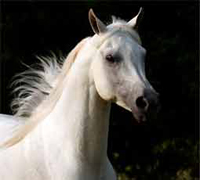 Archaeologists in Saudi Arabia reported finding traces of a civilization that had domesticated horses nearly 9,000 years ago. Previous findings showed the possibility of the earliest domestication of horses approximately 5,500 years ago in what is now Kazakhstan.

In August, Ali al-Ghabban, an official from the Saudi Commission for Tourism & Antiquities announced the discovery, saying it would, “change our knowledge concerning the domestication of horses and the evolution of culture in the late Neolithic period.”

Fossils of horses were found at the al-Maqar site, along with statues of statues of animals, including dogs and horses. Archaeologists at the site reportedly also found arrowheads, tools for weaving, grain grinders and other artifacts. Carbon dating on the artifacts dated them to around 7,000 B.C.

Presently, the oldest undisputed evidence of horse domestication date back to 2,000 B.C., when horses were buried with parts of harnesses and chariots. A report published March 2009 suggested the Botai culture of Kazakhstan had domesticated horses as beasts of burden and to use their milk as a food source around 3500 B.C. 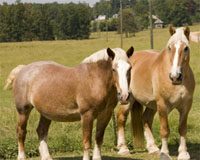