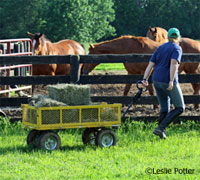 Reforms to U.S. child labor laws aim to keep young workers safe, but the American Horse Council (AHC) believes that they will be detrimental to the horse industry.

The AHC is a Washington, D.C.-based group that lobbies on behalf of the equine industry. Earlier this month, they announced their opposition to RIN 1235-AA06, a proposed rule change from the Department of Labor that would tighten restrictions on workers under age 18 in agricultural jobs.

There is still a discrepancy between agricultural and non-agricultural labor laws in regards to the ages at which workers can participate in hazardous occupations, and the revisions aim to reduce that discrepancy. For agricultural workers, hazardous duties would include operating certain tractors and other motorized equipment; working with breeding stallions; participating in branding, breeding, vaccinating and other specified animal husbandry practices; and herding animals on horseback.

The AHC opposes the revisions in part because the definitions for “hazardous occupations” are far-reaching. In a letter to the Department of Labor, AHC President James Hickey wrote:

This HO is so broadly written that the prohibition on herding in confined spaces could
preclude a worker under 16 from walking into a corral or stall to place a lead rope on a
horse, one of the most basic actions that occurs when working with horses…As currently written almost every HO in this proposed rule is overly broad and
restrictive. The AHC supports the current method used to protect young workers that
prohibits youth from operating specific equipment or specific activities that are deemed
dangerous and inappropriate for their age and skills.

“Members of the horse community do not employ young people simply because they need workers,” says AHC Legislative Director Ben Pendergrass. “In most instances, they employ young people to give them the same opportunities they had to learn and do something they love. Young people don’t go to work on horse farms and ranches only for a pay check, but because of a desire to learn about and be around horses and to follow the traditions of their families…This proposed rule would deny most young people such an experience.”

The proposed revisions do not affect children who work on farms operated by their parents or a “person standing in place of the parent.” The latter may refer to a relative who is serving as the child’s guardian, even if just for a temporary period such as a summer vacation. Under the proposed revisions, children of any age will still be allowed to work on farms operated by their parents as long as they are not working during school hours. There are also some exceptions for youth enrolled in certain agricultural vocational training programs 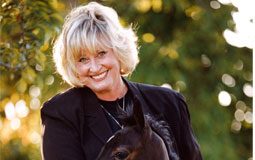