Home Horse News Ban on horse transport in double-decker trailers to go before the House... 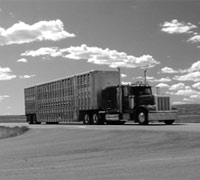 Double-decker livestock trailers, commonly used to transport cattle and pigs, are still used to transport horses in the United States. If H.R. 7, the American Energy and Infrastructure Jobs Act of 2012, passes through Congress, this will no longer be the case.

Animal welfare activists have fought for a ban on horse transport in double-decker trailers because of what they say are inhumane conditions for equines. While pigs and cattle fit easily on the two levels of the trailer, horses are taller and must be able to raise and move their necks at will in order to balance in a moving vehicle. The height of each level of a double-decker trailer is too low for horses to raise their heads.

While the use of double-decker trailers is most commonly associated with the horse slaughter industry, these vehicles are sometimes used by horse traders and rodeo stock contractors. Since 2006, transporting horses to slaughterhouses in multi-level trailers has been against the law. That ban left a loophole for slaughter-bound horses being transported to a stopover before the slaughterhouse, but 2011 legislation expanded the ban to include horses in any phase of transport to slaughter. The wording in the current bill would ban transport of any horses–slaughter-bound or otherwise–in such trailers with a fine of $100-500 for each horse transported.

CIVIL PENALTY.—A person that
knowingly violates subsection (d) is liable to the
United States Government for a civil penalty of
at least $100 but not more than $500 for each
violation. A separate violation occurs under sub15
section (d) for each horse that is transported,
or caused to be transported, in violation of sub17
section (d).

According to the American Society for the Prevention of Cruelty to Animals (ASPCA), Rep. Rick Crawford (R-Ark.) had proposed an amendment to strip the section on horse transportation, but it was rejected in a voice vote. The language will be included when the bill goes to the House of Representatives for a full vote.

Supporters of the double-decker ban include the ASPCA and the American Veterinary Medical Association. Opponents include Sen. Max Baucus (R-MT), a vocal supporter of horse slaughter. In a letter to Senate Majority Leader Harry Reid, Baucus wrote:

“Put simply, we need common-sense policies in place to achieve safe conditions on our roads that don’t include arbitrary bans on trailers that our constituents rely on. Rodeo operators in particular have a need for trailers that are specially adapted for their hauling purposes.

“Regulation for regulation’s sake does not help anyone. Rodeo is an important part of Montana’s culture and tradition and I will work to make sure that we preserve those traditions for future generations of Montanans. The Senate needs to come together to find common sense solutions to making our roads safer, not arbitrary bans that affect rural states like Montana.”

The AVMA, which also takes a pro-slaughter stand, has outlined its objections to transportation of horses in double-decker trailers on its website:

The AVMA believes trailers on the road containing two or more levels to transport horses are not adequately equipped to humanely meet the space needs of a horse based on the following observations: 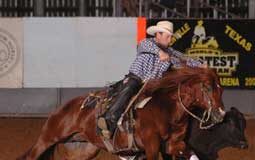