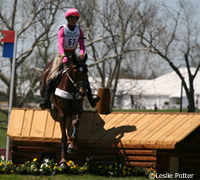 “We initiated our ‘Military Appreciation Day’ last year and it was well received,” said Lisa Ball, President of Equestrian Events, Inc., producer of the Rolex Kentucky Three-Day Event and Ariat Kentucky Reining Cup. “For this year’s Event, we anticipate an even larger turnout of military personnel and their families. We are also recognizing college students, offering them free admission on Thursday.”

The 2012 Rolex Kentucky Three-Day Event, the Western Hemisphere’s only Four Star Three-Day Event, features the 15th Rolex USEF Four Star Championship for the U.S. Equestrian Team Foundation Pinnacle Cup. The Event is part of the HSBC FEI ClassicsTM and features the world’s best horses and riders vying for their share of $250,000 in prize money as well as a shot at the $350,000 Rolex Grand Slam of Eventing which is awarded to any rider who wins the Rolex Kentucky, Mitsubishi Motors Badminton and Land Rover Burghley Four Star Events in succession.

This year’s Event also features selection trials to choose the U.S. Eventing team for the 2012 London Olympic Games assuring that the nation’s top horses and riders will be at their best as they compete for places on the team for this summer’s Olympics.

Further information on the 2012 Rolex Kentucky Three-Day Event, Presented by Bridgestone, is available at the Rolex Kentucky website at www.rk3de.org and for the Ariat Kentucky Reining Cup at www.KentuckyReining.com. 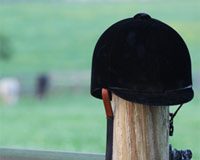