With day one of the 2012 Rolex Kentucky Three-Day Event in the books, Boyd Martin is currently in the lead with the 16-year-old Hanoverian gelding Remington XXV. Riding second-to-last on Thursday, the pair put together a very fluid and polished test for a score of 45.3 penalties. Martin’s partnership with the horse was evident. “He’s been with me since I came to America [from Australia],” said Martin. “He was a foxhunter that hadn’t done much at 11 years old, so [his owners] paid me to ride him and take him to a couple events.” The horse’s talent was quickly evident, however. “He’s taken me all around the world, to Boekelo [CCI*** in Holland] and Pau [CCI**** in France].” As the only CCI**** in the United States, Rolex has everything to play for this year with Olympic selectors from just about every country represented carefully watching their riders’ every move.

In second place after Thursday’s rides was Karen O’Connor with the first of her two Rolex mounts, the 10-year-old warmblood mare Veronica. Helping the horse through her first four-star appearance, O’Connor’s experience showed during an accurate test with a score of 47.8 penalties. When asked about her strikingly trim and fit new figure, O’Connor explained the revelation she came to at age 54 going into an Olympic year. “It’s hard to stay fit when you get older; I woke up one day last fall and decided if I’m going to be a player at this level at this age, I’ve got to be ready. This competition and the lead up to London is a big deal to me. I’ve gotten stronger and lost a lot of weight.” After wowing crowds at the first horse inspection on Wednesday with her somewhat uncharacteristically fashion-forward look (which won her the “best dressed female” award and a free pair of Dubarry boots), she explained that show jumping convert and first-time Rolex rider Marilyn Little-Meredith helped her shop for her jog outfit.

Bringing up third place on Thursday with a mark of 48.7 was New Zealand eventing legend Andrew Nicholson aboard the 10-year-old British Thoroughbred gelding Calico Joe. “I came over with two young horses doing their first four-stars to make sure they’re ready if needed for the Olympics,” said Nicholson. “Calico Joe has been very good in dressage, and he did even better than I expected today.”

Expect a shake-up in the scores on Friday during the second half of dressage, however, as many of eventing’s heavyweights have yet to ride. These include British star Oliver Townend and former Rolex winners Andrew Hoy of Australia and William Fox-Pitt of Great Britain. 2012 U.S. Olympic short-listers Boyd Martin, Phillip Dutton and Karen O’Connor will also return to the ring on Friday with their second mounts.

For more information and scores, go to www.rk3de.org 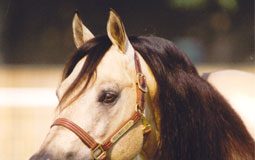