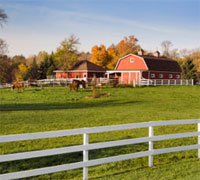 On April 26, the Obama Administration announced its plans to withdraw a Department of Labor (DOL) proposed child labor rule applicable to agriculture. The proposed rule would have severely limited the ability of young people to work on farms and ranches.

“We are pleased the Administration responded to the concerns of the agricultural community and decided against changing the current rules for young people working on farms and ranches. This was a poorly conceived rule and they did the right thing by withdrawing it,” said American Horse Council (AHC) President Jay Hickey.

The proposed rule would have placed new limitations on the ability of young people to work for pay on farms or ranches not owned solely by their parents and would have effectively barred employees under 16 from working in most capacities in agriculture, especially around livestock, such as horses.

The AHC had been working with a broad coalition of agricultural organizations to convince the Administration and Congress that these rules were ill-considered, would prevent young people from becoming involved in agriculture, and would negatively impact family farms and ranches. In November 2011, the AHC submitted comments opposing the rule that can be found here.

“When the DOL proposed this rule we don’t think they completely understood the impact it would have on young people who work in agriculture. Thousands of Americans from the agricultural community, including the horse community submitted comments to the DOL explaining the problems with this rule and also contacted their Member of Congress to express their concerns,” said AHC Legislative Director Ben Pendergrass. “The Administration listened and withdrew the rule. This is a good example of the way the system should work.”

The Administration has stated it will not re-propose any new regulations on this issue. Instead it will “work with rural stakeholders to develop an educational program to reduce accidents to young workers and promote safer agricultural working practices.”

The AHC encourages members of the horse community to visit its website www.horsecouncil.org to learn how federal legislation and regulations impact them and how they can get involved.