A traffic accident turned tragic on Friday, May 25 when a trailer carrying six of Nathalie and Michael Pollard’s competition horses flipped over just five miles away from their home stable. A groom was hauling the trailer at the time, and the accident was reportedly caused by another driver cutting off the rig. According to news from the Pollard’s website, the police stated there was nothing the driver of the trailer could have done to avoid the accident.

All six horses were trapped in the trailer after the accident and had to be cut out of the vehicle. Five were rescued. The sixth, VDL Ulando H, died at the scene.

Icarus, one of Michael Pollard’s top international competitors, was transported to Rood & Riddle Veterinary Hospital in Lexington, Kentucky due to severe lacerations from the accident. After intensive treatment, Icarus—known as Fly—was humanely euthanized on May 26 due to his injuries.

The horrible news continued on May 27 when a third horse, Jude’s Law, was put down at Rood & Riddle because of a ruptured cecum sustained in the accident. This loss was especially devastating as it had initially appeared that he would recover. His downturn was sudden and unexpected.

The other three horses, 2011 Pan-American team gold winner Schoensgreen Hanni; Raphael, owned by Carl Bouckaert; and a broodmare named Little Star, are being treated for injuries and are expected to recover.

Michael Pollard is currently working towards a possible spot on the U.S. Olympic Eventing Team. Icarus, a 14-year-old Thoroughbred, was one of his top prospects. Nathalie competed with him through advanced level before Michael took him on in 2009. His career highlights include a win at the Jersey Fresh CCI*** in 2009 and a 19th place finish at the Rolex Kentucky Three-Day Event in 2011.

Jude’s Law, a 11-year-old Irish Sport Horse, was also a prospect for the Olympic team. He’d been with the Pollards for just under a year, but had already had success under his previous rider, Beth Temkin, who competed him through advanced level.

For updates on the horses or to leave condolences, visit Pollard Eventing’s Facebook page. 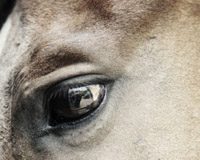