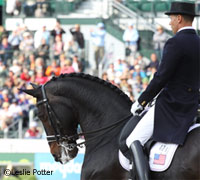 The United States Equestrian Federation (USEF) announced last week that Steffen Peters has submitted a request to not attend the USEF Selection Trials for the 2012 U.S. Dressage Team for the 2012 Olympic Games with Four Winds Farm’s Ravel. These Trials will be held as part of the USEF Festival of Champions in Gladstone, NJ. The USEF Dressage Selectors met on May 24, 2012 and approved his request to be considered for the Short List/FEI Nominated Entry on the team without attending the USEF Selection Trials in accordance with USEF Olympic Games Selection Procedure.

The USEF Selection Procedure for Dressage for the 2012 Olympic Games states:

The Selectors may name an athlete/horse combination to the third position that has not participated in or completed the entire Selection Trial in accordance with the criteria below if the combination has contributed to a team medal or has finished in one of the top six positions as an individual at a World Championship or Olympic Games within the past four years, excluding athlete/horse combinations which were drop scores or alternates at a team competition:

The Short List/Nominated Entry will be announced following the Selection Trial which ends June 17. 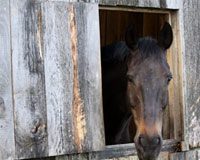