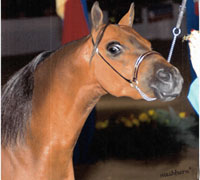 The 2012 ASPC/ASPR Congress will take place August 7-11 at Expo Square in Tulsa, OK. Classes kick off Tuesday morning, Aug. 7, in the historic pavilion. Competition will include more than 400 classes for American Shetlands, American Show Ponies and National Sports Performance Ponies.

The 2012 Congress is expecting approximately 500 ponies from at least 18 states across the country. Ponies will compete in a variety of divisions, from elegant halter to thrilling roadster and dazzling fine harness to competitive halter obstacle and fun costume.

The 2012 Congress will offer a bevy of special awards and recognition for the people who participate. Ponies competing will have the chance to win anywhere from $40,000 to $50,000 in prize money. Top amateur exhibitors in three divisions will receive special recognition and winners in several Amateur classes will win a new, specially designed blanket for Shetlands from Kensington Protective Products valued at $129 each. There will also be awards for other efforts such as stall decorations and more.

The American Shetland Pony Club, Inc., (ASPC) has an impressive youth program and dozens of youngsters are expected to be on hand for the Congress. Youth will compete for more than two dozen special award categories from high point winners to junior judging & quiz bowl champions to sportsmanship honors.

The ASPC/AMHR/ASPR Royalty program is another vital part of the ASPC’s commitment to both its young members and the promotion of the club, its breeds and activities. One of the royalty’s major focuses is work at the Congress championship. Several members of the royal court will be on hand presenting awards throughout the week and hosting events. The Royalty Program will also sponsor its Royalty Resale Shop at the Congress in Tulsa. The ASPC/AMHR/ASPR Royalty Resale Shop offers a place for members of the ASPC’s registries (the ASPC, the American Miniature Horse Registry, the American Show Pony Registry and the National Sports Performance Registry) to offer their show clothes and accessories or other horse-related goods up for re-sale. The booth features gently worn show clothes, boots, hats and more as well as other gently used horse-y and horse-show related items – from toys to decorative items and more.

Consignors receive 85% of the sale from the items they donate while the royalty program gets to keep 15% to help with their expenses. To date, several generous consignors have donated more than the minimum 15% to royalty while some have even donated their entire sale amounts. Other donors have also opted to give a percentage of their sale to the Royalty Program but designate another percentage to benefit the association’s Youth Program. Donations and volunteers to man the booth are still being accepted. To assist, contact Brenda Prince at bkprince24@yahoo.com

The complete schedule for the 2012 ASPC/ASPR Congress Show is on the ASPC’s website at www.shetlandminiature.com under the link for “Events”. You may also view a live web cast of this grand competition starting on August 7 courtesy of Flanders Video Production. Visit the Flanders website from Aug. 7-11 at www.flandersvideoproductions.com and click on the “Live Events” menu option. You can also check out official show photos by Casey McBride of the 2012 Congress after it begins on Aug. 7 by visiting McBride’s website at www.caseymcbridephotography.com

Participants are looking forward to the tradition and spectacle this Congress means to them as pony exhibitors. Amy Roberts Clark a third-generation Shetland exhibitor who has been showing at the Congress for 35 years notes, “There’s something about these ponies, these events and the people involved. No other equine organization can boast of anything even close to the Congress and what such an event means to its people in terms of tenure and both the ability to attract new people AND retain so many long-term stables.”

Make plans now to attend the historic Congress and see why American Shetland, American Show Pony and NSPPR enthusiasts know that today’s brilliant society small equines offer something for everyone.

Could Horse Antibodies Become a Treatment for COVID-19?