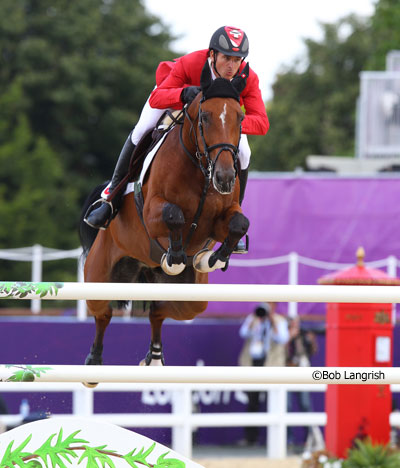 Only one rider went clear in the two final rounds of individual show jumping today. Swiss rider Steve Guerdat earned his first Olympic gold medal with no need for a jump-off to determine the winner. However, a tie for second place meant spectators at London’s Greenwich Park would still get their money’s worth with a jump-off for silver.

Today’s show jumping started with the top 37 riders who had avoided elimination in the prior rounds. Previous scores did not carry over to the final, so every horse-and-rider pair had an equal shot at the podium. After Round A, the top 20 would continue on to Round B and the final jump-off to determine the individual medalists.

Six riders went double clear in the first round, including British team members Scott Brash and Nick Skelton. A third British rider, Ben Maher, also qualified with just four jumping faults. American Rich Fellers narrowly made the cut with four jumping faults and one time fault, but the other remaining American, McLain Ward, had 12 jumping faults with Antares F and did not qualify for the next round.

Penalty points do carry over from Round A to Round B of the finals. Fellers was the first rider to go in Round B, and with five faults already on his score, he likely knew his medal hopes were most likely gone. Nevertheless, he ended his first Olympics on a high note with 16-year-old Flexible, putting in a double clear round to finish with just those five faults. Fellers finished in eighth place overall.

Steve Guerdat of Switzerland and Nino des Buissonnets, an 11-year-old Selle Francais gelding, were the first and only horse-and-rider pair to go double clear in both final rounds. When none of the four riders who followed him could repeat his fault-free round, he was guaranteed the individual show jumping gold medal. Guerdat adds this gold to the bronze medal he won as part of the Swiss team at the 2008 Olympics.

Gerco Schroder of the Netherlands and Cian O’Connor of Ireland both finished the final rounds with a single fault, tying them for second and leading to a jump-off to determine silver and bronze. Schroder went first with his horse, London. He put on the pressure, with no jumping faults and finishing in 49.79 seconds. Cian O’Connor flew through the course, making exceptional time and going clear until the very last fence. One rail down put him behind Schroder, but he finished with a smile, knowing he would still go home with a medal. 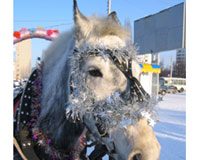