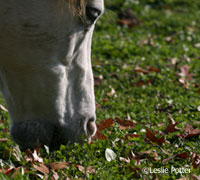 Cool-season forages in many parts of the country have taken a hit from the drought and high temperatures. In Kentucky, more than half of the state’s pastures were considered in poor or very poor condition according to the Kentucky Weekly Crop and Weather Report released Aug.13.

August and September is the ideal time to reseed those pastures, said Ray Smith, extension forage specialist with the University of Kentucky College of Agriculture.

Before planting, producers should have their soil tested and fertilize according the test’s recommendations.

“Annual fertilizer applications are important for hay and silage, because high levels of nutrients are removed during the harvest,” Smith said. “Soil testing is important, especially with high fertilizer prices, to make sure you are not over applying nutrients.”

Soil can be tested at a local county extension office. In Kentucky, producers may bring soil samples to any local office of the UK Cooperative Extension Service where extension personnel will then send the samples to one of the UK soil testing labs. There is a minimal fee for a soil test.

When selecting a forage variety, producers will want to choose one that performs well in their region. Alfalfa and alfalfa-orchardgrass mixes should be planted on deep, well-drained soils that are level to gently sloping. Cool-season grasses like tall fescue or Kentucky bluegrass can be planted on steeper ground to minimize soil erosion. Horse owners should not seed KY-31 tall fescue on pastures where they plan to graze pregnant mares, but other tall fescue varieties are fine.

The ideal time to reseed depends on the type of forage a producer selects. Producers planting alfalfa should do so as soon as possible. Those planting cool-season perennial grasses like orchardgrass or tall fescue should do so between the end of August and the middle of September.

Poor pasture conditions have caused some producers to tap into their hay supplies this summer, resulting in lower supplies for the winter. Those needing an immediate source of fall forage should consider seeding fields with annuals like small grains, annual ryegrass and/or brassicas.

“Cereal rye will provide the quickest growth of any small grain and can be grazed as early as four weeks after emergence,” Smith said. “It also provides the earliest spring growth and can often be grazed starting in late February in most areas of Kentucky.”

While the drought has damaged the pastures, many annual warm-season weeds have thrived. These weeds will die naturally in the fall when the temperatures turn cooler. If producers are reseeding forages into a heavily weeded field, they may want to mow the weeds down to reduce production of new weed seed and to ensure that the grass seed gets good soil contact, said J.D. Green, UK extension weeds specialist. In some fields, use of a foliar, non-residual herbicide, such as glyphosate or paraquat, may be necessary before seeding to suppress growth of existing vegetation.

“Producers should not spray other pasture herbicides before or soon after reseeding, as doing so will increase the risk of injury to new grasses,” Green said.

When reseeding, it’s important to use recommended seeding rates and depth. Tillage will improve seed-to-soil contact. However, no-till reseeding is encouraged on sloping pastures, Smith said.

As new stands of cool-season perennials emerge, producers should not immediately turn their animals on them for grazing.

“Overgrazing newly seeded areas is one of the major causes of seeding failures when seeding cool-season perennials,” Smith said. “One good option is to allow the stand to grow to maturity and cut for hay before grazing or use light grazing. Newly seeded perennial stands often require 12 months to develop a fully established sod.”

Learn more at the University of Kentucky’s forage site. 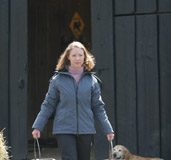