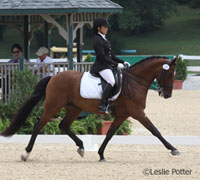 The United States Equestrian Federation (USEF) is pleased to announce that, pending approval from the High Performance Working Group and the Executive Committee, the Kentucky Dressage Association’s bid to host the 2013 Dressage Festival of Champions has been accepted.

These annual championships will be held at the Kentucky Horse Park in Lexington, KY October 10-13, 2013.

Additionally, the USEF is excited to welcome a new sponsor, AGCO, for the National Junior and Young Rider Dressage divisions. AGCO (www.AGCOcorp.com) is a leading global agricultural equipment manufacturer. The Fortune 500 Company is based in Atlanta and has over 20,000 employees in 20 countries. AGCO products are sold through five core brands; Challenger, Fendt, GSI, Massey Ferguson and Valtra.

This will be the first time the USEF Dressage Festival of Champions has been held at the Kentucky Horse Park, the site of the 2010 Alltech FEI World Equestrian Games.

Voice of the Horse Conference Ready to be Heard