Home Lifestyle Horse History Morgan horses and American history will be the subject of an upcoming... 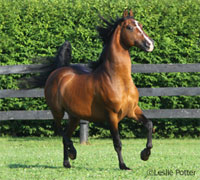 As the first breed of horse to originate in the U.S., the Morgan’s history is linked to that of the nation. This historical connection and the stories surrounding it are the subject of an upcoming documentary titled A New Horse for a New Country: The Morgan Horse in America’s History.

“The story of the Morgan shows up in so many epics of American history,” says filmmaker Doug Lazarus. “What we think is going to be of interest to people—even those who aren’t horse people—is that the story of America can be told through the eyes of a Morgan horse.”

Lazarus has produced several multi-media projects exploring parts of American history. He was inspired to create a documentary on Morgans while working on another project to compile 50 stories about Morgans, one story for each state of the country.

“In doing the research, I became somewhat knowledgeable on the breed,” explains Lazarus. “I also met a lot of folks who were getting upwards in years, 80 to 95 years of age…There were all kinds of people who knew all kinds of information about the horse, but were at an age where if they weren’t taped, we were going to lose their stories.

“This is the kind of situation that cries out for a documentary. These people should be documented, and so should the story of the breed.”

While the film will give an overview of the breed today, showcasing the variety of sports and activities that Morgans and their owners participate in, the focus is on the breed’s role in America’s history.

“[Through the Morgan] we can tell the story of America,” says Lazarus. “The Morgan is the only American breed that can be tracked to 1789 and then forward from there. You name it, Morgans were there.”

The Morgan was the breed of choice for the U.S. Cavalry, and many legendary horses from the Civil War had Morgan breeding, including Gen. Stonewall Jackson’s Little Sorrel and Gen. Philip Sheridan’s Rienzi. They were also one of the preferred breeds of the Pony Express during its run in the 1860s.

Horses have many roles in America’s history outside of being beasts of burden or tools of war, and the Morgan’s softer side will be featured through the collected stories of Morgan enthusiasts and their families. Although contemporary stories of horses today won’t be included in this film, Lazarus is currently soliciting stories, anecdotes and photographs from Morgan enthusiasts or descendants of people who were involved with the breed in previous generations. The filmmakers can be reached through the documentary’s website at www.morgandocumentary.com/contact/.

Lazarus and his partner on the project, Steve Murphy, are currently researching stories, planning their filming and interview schedule, and continuing to raise funds for the film.

“We want it to be a grassroots project. We’re encouraging small donors as well as large, not only because it adds up financially, but because it adds up to a project that represents the Morgan horse community, and not just someone capable of writing a big check.”

Filming is expected to begin in January and wrap up in mid-2014. For information and updates about the documentary, visit www.morgandocumentary.com.