Four friends are preparing to ride 3,000 miles from Mexico to Canada, and they’re hoping to share their journey with the world. A proposed documentary, Unbranded, would show the highlights of the trip through remote parts of the American west from the backs of adopted Mustangs who once roamed among the herds there.

Through the documentary, riders Ben Masters, Thomas Glover, Ben Thamer and Jonny Fitzsimons hope to raise awareness of Mustang adoption and preservation of open land. The riders will be mounted on Mustangs adopted from the Bureau of Land Management (BLM) and retrained by the riders. The training is currently underway and being filmed for inclusion in the documentary.

The ride is planned for March 15 through September 20, 2013. The group will ride parts of the Arizona Trail, the Great Western Trail and the Continental Divide Trail. The ride will be broken into 10-day segments with a one rest day at prearranged ranches to resupply and prepare for the next segment.

Kickstarter is an online platform where donors can select projects of interest to contribute to. Through public donations–usually small amounts from many people–artists, filmmakers, software developers and others are able to get projects funded directly from fans and like-minded individuals. Projects usually include incentives to donors based on the amount. For example, donors of as little as $5 for Unbranded will receive emailed photos from the trip; donors of $100 will receive a copy of the DVD when it is released along with their name in the credits and five printed photos; a donor with deep pockets can contribute $10,000 to join the riders for a seven-day segment of the trip.  Each Kickstarter project has a minimum donation amount to reach by a given deadline. If that minimum amount isn’t reached, the funding is cancelled and all donations are returned. 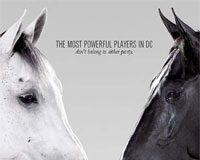