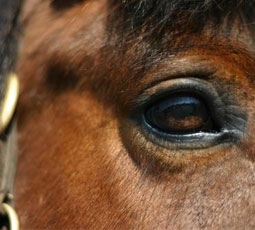 Nominations are open for the prestigious Equine Industry Vision Award sponsored by Pfizer Animal Health in partnership with American Horse Publications (AHP). Past award winners are truly visionaries who have contributed to the growth and preservation of the equine industry.

Anyone is eligible to be nominated, re-nominated, or to nominate a candidate for the award. Nominees may include individuals and/or organizations. Candidates may be considered for a single outstanding visionary achievement or for sustained outstanding contributions that have made a profound impact on the equine industry.

If you know an individual or organization that deserves to be recognized for vision and contribution for the 2013 award, nominations are due on or before Feb. 6, 2013.

2011: Robert Cacchione of the Intercollegiate Horse Shows Association
Robert has earned this honor for his exemplary vision to start an organization that would allow any college student to participate in horse shows, regardless of financial status or riding level. As Executive Director and Co-Founder, Robert Cacchione is best known for his 44 years of dedication to the Intercollegiate Horse Show Association (IHSA). Read more >>

2010: John Nicholson of the Kentucky Horse Park
John has earned this honor for his vision and determination to make unimaginable dreams a reality. Best known for his work as the Executive Director of the Kentucky Horse Park and the President of the World Games 2010 Foundation, John’s leadership has been pivotal in bringing the 2010 Alltech FEI World Equestrian Games to the United States. Read more >> 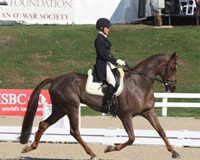 Allison Springer is in the lead after day one at the...