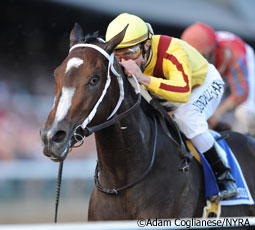 Legendary race horse Rachel Alexandra is reported to be in serious condition today after undergoing surgery at Rood & Riddle Equine Hospital in Lexington, Ky. The seven-year-old mare gave birth to her second foal, a filly by Bernardini, on Feb. 12 at Stonestreet Farm in the Lexington suburb of Versailles. The surgery was performed to repair an area of bruising in her colon sustained during the foaling.

Dr. Brett Woodie of Rood & Riddle, who performed the surgery, stated that her prognosis was unknown, but her condition is “serious.” Her filly, who weighed in at 140 pounds, is healthy and is currently at Stonestreet Farm with a nurse mare.

Rachel Alexandra also spent some time at Rood & Riddle after the birth of her 2012 colt, now named Jess’s Dream, as a precautionary measure for pain management.

Rachel’s career includes a 20-length victory in the 2009 Kentucky Oaks and a win in the Preakness Stakes that same year, a rare feat for a filly. Her accomplishments led her to being named 2009 Horse of the Year. She was purchased by Jess Jackson and is now owned by Jackson’s widow, Barbara Banke.

“We are solely focused on making sure Rachel is as comfortable as possible,” said Banke. “She is showing the same strength and courage now that she demonstrated on the track. Our hearts are broken by this turn of events and I can only ask that you send your thoughts and prayers to Rachel now.” 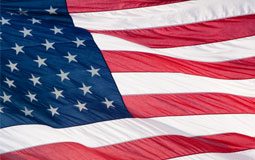