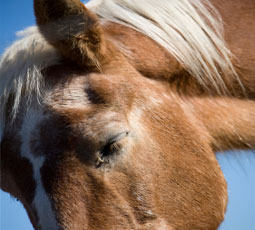 UPDATE 3/13/13 1:00 p.m.: A bipartisan group of legislators has introduced the Safeguard American Food Exports (SAFE) Act which would ban horse slaughter in the U.S. as well as shipping horses to other countries to be slaughtered for human consumption. Read more >>

ORIGINAL ARTICLE: When the 2012 agriculture appropriations bill passed without any wording prohibiting horse meat inspections for the first time since 2007, the long-simmering issue of horse slaughter came to the forefront. Now, the prospect of commercial horse slaughter on American soil appears more imminent than ever as the United States Department of Agriculture (USDA) considers approving an equine slaughterhouse in Roswell, N.M.

Processing horse meat for human consumption has never been explicitly illegal in the United States, but when the USDA was prohibited from funding horse meat inspections beginning in 2006, it created a de facto ban as no meat could be exported without federal inspection. A 2007 ruling closed a loophole that had allowed the last equine slaughterhouse in Illinois to continue operating by paying for its own inspections.

While no commercial horse slaughter facilities have been in operation in the U.S. for more than five years, the issue has never gone away. The meat industry and some ranchers and horse owners argue that legal horse slaughter in the U.S. is a reasonable way to deal with excess horses and is more humane than sending horses to other countries to be slaughtered. Other horse owners and animal welfare advocates point out that horses are raised to be sport and companion animals, not grown for meat, and because of their sensitive nature commercial slaughtering of horses is inherently inhumane. Food safety advocates have also weighed in, suggesting that medications routinely given to horses are unsafe for human consumption, and since horses are not raised for meat, their medication history is unknown when they are slaughtered.

In spite of the controversy, the owner of a shuttered cattle slaughterhouse has pushed forward with plans to reopen his facility as a horse processing plant. The facility, Valley Meat in Roswell, N.M., was profiled on CNN along with its owner, Ricardo De Los Santos. The slaughterhouse could open as soon as next month if it is approved by the USDA. (The video does not show horses being slaughtered, but has visuals that may be disturbing to some.)

According to a February 28 article in the New York Times, the slaughterhouse has not yet been given the OK to begin operation, but approval looks likely. USDA spokesperson Justin DeJong told the Times that several companies had asked the government to allow horsemeat inspection again.

“These companies must still complete necessary technical requirements and the [Food Safety and Inspection Service] must complete its inspector training,” said DeJong. “But at that point, the department will legally have no choice but to go forward with the inspections.”

U.S. Representative Jim Moran (D-VA), a longtime proponent of banning horse slaughter, released a statement on March 8 in response to reports of the New Mexico plant becoming a reality.

“Recent news reports of horse slaughter plants reopening are deeply troubling,” said Moran. “As one of the nearly 80 percent of Americans who oppose the slaughter of horses for human consumption, we must fight to prevent the resumption of this inhumane, unsafe, and unnecessary practice. At a time when USDA’s meat inspection budget is being slashed by sequestration, it would be irresponsible to divert dwindling food inspection resources to the horsemeat industry.

“I am pleased that the Obama Administration supports the reinstatement of the amendment I have offered to ban USDA inspections at horse slaughter plants,” Moran continued. “[I] will being working with my colleagues in the coming weeks to include that language in the final Fiscal Year 2013 appropriations bill.”

The Laws of the Lead Rope