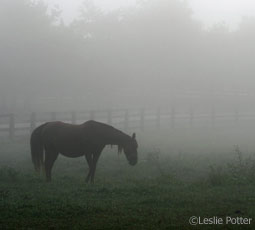 Horse slaughter is not presently illegal in the United States, but no commercial operations currently exist due to past regulations and an American public that is largely unsupportive of the industry. Players on both sides of the horse meat debate have been struggling for a decisive victory for years, but without a comprehensive law on the books defining the legality of the industry, a concrete answer has been elusive.

A recent budget proposal for 2014 released by the White House would help swing the pendulum in the favor of the anti-horse-slaughter camp. From 2006 through 2011, the agriculture appropriations law included language banning federal funds from being used to pay for horse meat inspections. Federal inspections are required for meat exports, and so without those inspections, the horse meat industry in the United States was shut down.

In 2012, the appropriations bill was passed without the horse meat inspection ban, opening the door for a re-emergence of an American horse slaughter industry. Business operators jumped on the opportunity, seeking to create a profitable business from what some see as a glut of so-called unwanted horses that would otherwise be exported to slaughter in Canada or Mexico. Currently, no American horse slaughterhouses have opened.

Surveys have shown that the vast majority of Americans are opposed to the slaughter of horses for human consumption, and elected officials are aware of this. The recent horse meat scandal in Europe has undoubtedly bolstered opposition to processing horse meat in the United States as consumers have become more concerned about the integrity of the food-supply chain.

Because new budgets are continually proposed and approved, this wording would have to be included every year in order for the ban to remain in place. Legislators have regularly introduced bills to make commercial horse slaughter illegal, most recently in the Safeguard American Food Exports (SAFE) Act proposed last month. Previously, the American Horse Slaughter Prevention Act was introduced in multiple sessions of Congress, but never reached a full vote.