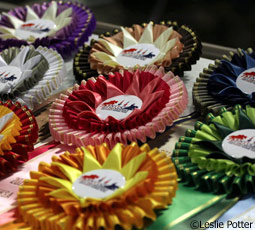 In 1973 there were no cell phones, home computers, smart cars or Internet. But there were a determined handful of college coaches and teams who met in good-natured competition for what became the first annual Intercollegiate Horse Show Association (IHSA) National Championships. This May 2-5, the Equine Arena of the Pennsylvania Farm Show Complex in Harrisburg will host the 40th celebration of what is now the oldest and largest collegiate equestrian national championship in America. This championship will bring together more than two dozen teams and 400 individual riders who qualified through regional and zone finals for the privilege of competing as college riding’s best of the best.

Streaming video coverage be through the EPCO Group. Those who cannot attend Harrisburg can access the live stream at IHSAinc.com and the IHSA Facebook page.

Thanks to Florida State University IHSA Western coach Jean Anthony, Wind Creek Casino and Hotel will sponsor NRHA Inside Reining coverage of IHSA western and reining classes for its July programming schedule with host Jenifer Reynolds, who began covering news and rodeo in Oklahoma City, earning a DuPont-Columbia Award for broadcast journalism while in college–the only student to ever do so.

In addition to support at Regionals and Zones/Semi-Finals, SmartPak Equine will sponsor 25 team gift baskets, silent auction items, and Hunt Seat Horse of the Show and Western Horse of the Show award packages including a year of SmartPak supplements, bridle or headstall, and engraved plaque.

The show program cover artist is Judy Goldthwait, a 1998 graduate of Cazenovia College with a BFA in Commercial Illustration whose commissions include IHSA and New England Equitation Championships.

At noon, Saturday, May 4, IHSA athletes will welcomed by Harrisburg Mayor, Linda D. Thompson, before scholarship presentations and awarding of the USEF/Cacchione Cup.

Admission and parking are free to the public and are a chance for families looking at colleges and scholarship opportunities to learn what is available for students while finding top-notch riding and boutique shopping experiences.