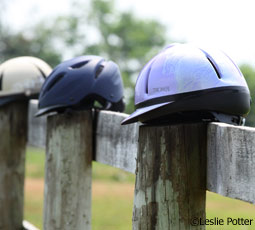 “We are absolutely delighted at the growth of the event since it was first held as a US based National event in 2010,” said Lyndsey White, Riders4Helmets. “To be in our third year of hosting and organizing the event on an International level is truly a testament to the support of the helmet manufacturers, retailers and equestrians around the globe who continue to realize the importance of ongoing safety education. Carmen ter Rahe has joined the riders4helmets team this year to assist with growing International Helmet Awareness Day even further as our Ambassador in Australia.”

The Riders4Helmets campaign was founded in 2010 as a direct result of Olympian Courtney King-Dye’s accident with the aim of educating equestrians on the benefits of wearing a properly fitting, secured and certified helmet.

“In 2012, International Helmet Awareness Day received support from 10 helmet manufacturers and 600 retailers in 4 countries,” said King-Dye. “Whether you are a helmet manufacturer, retailer or equestrian, I hope that you will lend your full support to this important event in 2013.”

Riders4Helmets will announce the confirmed line-up of participants at Riders4Helmets.com prior to June 22nd. The educational aspect of International Helmet Awareness Day will be supported by participating retailers, many of whom have already made plans to offer educational events in their stores on June 22nd.

“We are grateful to the helmet manufacturers for their continued support of this important event,” said Chad Mendell, Riders4Helmets. “The Riders4Helmets campaign has continued to grow on a global level, as we hope will International Helmet Awareness Day.”

46,000 unique visitors per month currently visit riders4helmets.com to read the many articles, watch educational videos and share their stories. The campaign has hosted four Safety Symposia in the past three years and will be hosting an International Safety Conference in the UK in September 2013.

Retailers who wish to participate in the event may register by visiting www.riders4helmets.com/ihad/retailer-information/. Retailers are encouraged to register prior to June 5th, 2013 in order to ensure that they receive educational materials in time for the event. Late registrations will however, still be accepted through June 20th.

Equestrians may visit www.riders4helmets.com/ihad/ to learn more about International Helmet Awareness Day and to search for participating retailers by name or geographic location.

“You can participate and show your support just by wearing a helmet on June 22nd, no matter whether you are trail riding, showing or competing” said Lyndsey White, Riders4Helmets.

Riders4Helmets was founded in early 2010 after Olympic dressage rider Courtney King Dye was seriously injured in a riding accident. King Dye, who remained in a coma for a month following her accident, was not wearing a helmet at the time of the accident, and is still undergoing rehabilitation. 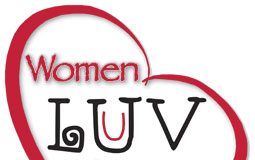