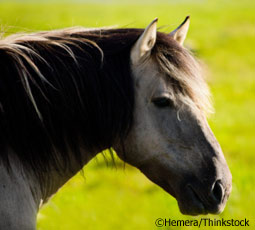 Earlier in 2013, the talk of the news media was the impending across-the-board cuts of all federal spending known as the sequester, which would occur if and when Congress failed to reach a budget agreement. The threat of budget shortfalls across government programs wasn’t enough to end legislative gridlock, and in March, the sequester was enacted.

This type of political drama might seem far removed from the daily reality of the horse world, but among the government programs affected is the Bureau of Land Management’s (BLM) Wild Horse and Burro Program.

According to Sally Spencer of the BLM, the 2013 operating budget for the Wild Horse and Burro Program is around $71 million, a $3 million cut from the previous year’s budget.

“Due to the impacts of sequestration, the Wild Horse & Burro Program has had to make some hard decisions regarding budget priorities for 2013,” says Spencer. “Our highest priorities continue to be the health and well-being of horses and burros on and off the public ranges.”

The BLM is charged with maintaining the herds of wild equines in public lands in the Western United States, balancing that duty with its responsibility for managing the land itself. They do this through sometimes controversial round-ups of Mustangs, which are then kept in short- or long-term holding facilities. The BLM holds adoption events where some of the younger equines are sold to private homes.

According to Spencer, the schedule of round-ups is decided based on a variety of factors, so it is not known if the sequester cuts will affect them. The adoption opportunities may be affected by budget cuts, but some locations are working to find ways to stretch their resources.

“States have adjusted to the constraints in varying ways, taking advantage of any unique circumstances and opportunities to minimize the impact on daily operations,” says Spencer. “Some have adjusted schedules or staffing levels and/or enlisted more volunteer support to maximize adoption opportunities in the face of current tight budgets.”

A full schedule of adoption events is available on the BLM’s website.

Popular Mustang retraining and adoption events such as the Extreme Mustang Makeover, run by The Mustang Heritage Foundation, will lose some funding due to the sequester.

“The reduction in funding has forced the agency to curtail funding to the Mustang Heritage Foundation this year,” said Spencer. “Working with the Wild Horse and Burro Program, the Foundation has identified a number of adoption-related programs and events which it plans to scale back in view of the reductions. In particular, the planned Extreme Mustang Makeover events in Albany, OR, and Gainesville, GA, in October and November are canceled. In addition, the Foundation will suspend enrollment for its Trainer Incentive Program. This is seen as the best way to ensure that program priorities are met until the agency’s budget outlook for fiscal year 2014 and beyond becomes clear.”

To find out more about the BLM’s Wild Horse and Burro Program, visit BLM.gov.