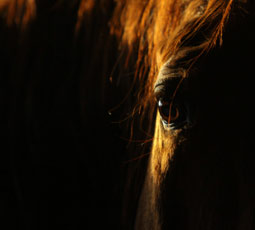 In the ongoing battle over horse slaughter in the United States, the horsemeat industry has moved one step closer to victory. Valley Meat Co., an operation out of New Mexico, has received U.S. Department of Agriculture (USDA) approval to begin slaughtering horses for meat.

Earlier this year, Valley Meat Co. sued the USDA for delaying the approval process of the slaughterhouse, even though horse slaughter has technically been legal in the U.S. since the 2012 fiscal year after five years of being effectively banned. While there is no viable domestic market for horsemeat, Valley Meat Co. and other aspiring horse slaughterers intend to sell the meat overseas in countries where it is routinely consumed. Prior to the 2006 ban on horse slaughter, this business model was used by foreign-owned companies operating horse processing plants on U.S. soil.

In order to process horsemeat, an operation must have federal inspections performed by the USDA. For its part, the USDA has been pushing for an outright ban of horse slaughter, a move that the Obama administration has said it supports.

“Since Congress has not yet acted to ban horse slaughter inspection, (the agriculture department) is legally required to issue a grant of inspection today to Valley Meats in Roswell, N.M., for equine slaughter,” said USDA spokeswoman Courtney Rowe. “The Administration has requested Congress to reinstate the ban on horse slaughter. Until Congress acts, the Department must continue to comply with current law.”

Even with approval, Valley Meat Co. and other operations that may be approved in the near future will not be able to begin with their business of slaughtering equines until the USDA sends inspectors to the facility. As of right now, the USDA has not offered a timeline for when they plan to do so. Furthermore, with widespread congressional and public opposition to horse slaughter, a ban could be included in this year’s agriculture appropriations bill, shutting down any plants that gain approval to process horses. 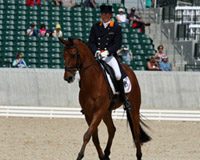