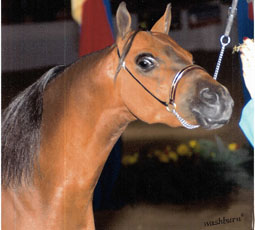 This year marks the 67th anniversary and one of the largest with over 530 ponies registered for this historic pony championship.

The Jacobson Exhibition Center in Des Moines will play home to more than 400 classes for small equine during the historic Congress. This Congress is the official national championship for all divisions of the American Shetland Pony, for the American Show Pony (ASPR) and for the National Sports Performance Pony Registry (NSPPR). Competition will range from beautiful halter to majestic fine harness to thrilling roadster and will include classes that highlight the versatility of ponies such as halter obstacle, under saddle and costume as well.

“There’s something about these ponies, these events and the people involved. No other equine organization can boast of anything even close to the Congress and what such an event means to its people in terms of tenure and both the ability to attract new people AND retain so many long-term stables,” said Pat Sanders, President ASPC/AMHR.

Classes will occur all day, every day from July 9-13 at the Jacobson Exhibition Center. Admission to this historic show is free. The National ASPC/ASPR Congress will include several other activities for participants throughout the week. There are shopping opportunities, youth activities, social get-togethers and more.

Both new and historic awards and presentations will be made throughout the event. In addition to many memorial trophies in classes, there will be recognition for youth, amateurs and more. Vermilyea Farms is just one of the proud sponsors at this year’s Congress. Exhibitors will also vie for thousands of dollars in prize money in various competition classes.

The complete schedule for the 2013 ASPC/ASPR Congress Show is on the ASPC’s website at www.shetlandminiature.com.

Watch the American Shetland Pony Congress below from July 8-13, 2013.