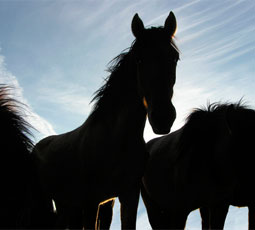 Two Paint Horses, a mare and a gelding, were left in 8-by-10-foot stalls with no food, the stalls nailed shut, and the horses abandoned.

No one knows why the horses were abandoned in such a shocking manner and the investigation has not yet turned up the person responsible. But the horse community in Florida’s Miami-Dade county is working to make sure that these horses have the best chance possible at a full recovery. The two horses are now being rehabilitated by the South Florida Society for the Prevention of Cruelty to Animals.

According to a report on Sun-Sentinel.com, the police were tipped off to the neglected horses by an anonymous caller. They found the animals in small enclosures cobbled together from wooden pallets and nailed shut in such a way that their rescuers had to tear the structures down to get to the horses. The starving horses had resorted to eating the wood that imprisoned them and their own manure to survive.

“There is no excuse for this,” said Laurie Waggoner of the South Florida SPCA. “To lock an animal in a stall and not come back—that is not something a normal, sane person would do.”

The mare, now called Susie by her rescuers, was said to be in critical condition. She has sores on her body that indicate that she may have fallen and struggled to get back to her feet while trapped in the enclosure. The gelding, called Justice, is severely underweight as well, but said to be in slightly better condition than Susie. Both horses are expected to make a full recovery.

The South Florida SPCA is seeking the public’s help in rehabilitating Susie and Justice. Donations of any amount for the “Paint Bucket Emergency Fund” are being accepted at www.crowdrise.com/paintbucket. Photos of the two horses and the enclosure from which they were rescued are also at the link. 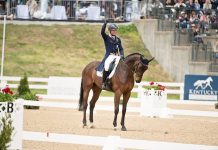 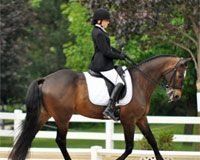