Many organizations are be celebrating the 150th anniversary of racing in Saratoga Springs this summer. On August 1, 2013, Equine Advocates will host its Twelfth Annual Awards Dinner & Charity Auction to be held at the Saratoga Springs City Center.

“In this historic year of celebrations for Saratoga Springs, horses and racing, we are delighted to honor two outstanding individuals who have each made history on their own,” said Susan Wagner, President & Founder of Equine Advocates. “It has been ten years since Jack Knowlton and Sackatoga Stable’s Funny Cide became the first New York Bred to win the Kentucky Derby and the Preakness Stakes. Since then, Jack Knowlton has become a strong voice against equine abuse and slaughter. Assemblyman Jim Tedisco has dedicated his life to the protection of animals and now is fighting for the passage of legislation to ban the slaughter of equines in New York State, which will have national implications as we move forward in passing a federal ban.”

Jack Knowlton will receive the 2013 Safe Home Equine Protection Award. He has been the Operating Manager of Sackatoga Stable since 1995, serving as the racing manager for their Thoroughbreds, including 2003 Kentucky Derby and Preakness winner Funny Cide. Mr. Knowlton served on New York State’s Task Force on Retired Race Horses from 2008 through 2011, when the task force issued its recommendations.

“I am honored to receive Equine Advocates’ 2013 Safe Home Protection Award. As a long time race horse owner, both Standardbred and Thoroughbred, I am dedicated to the cause of preventing the slaughter of these wonderful equine athletes and securing suitable second careers or homes for them following retirement,” said Mr. Knowlton.

Assemblyman Tedisco is being honored for his humanitarian work, legislative efforts and strong public stance against animal abuse, and will be awarded the Ellen & Herbert Moelis Equine Savior Award. He wrote Buster’s Bill and worked tirelessly to get it voted into law by the New York State Legislature in 1999. The act amended the Agriculture and Markets Law, in relation to aggravated cruelty to animals. He is an active co-sponsor of AO3905, which would ban the slaughter of equines in and from New York State.

“It’s truly an honor to receive the prestigious Equine Advocates 2013 Ellen and Herbert Moelis Equine Savior Award. Horses are athletes and companions. They work the farm and provide therapeutic services to veterans and people with disabilities. Horses carried American soldiers into battle and helped build this country. It’s unpatriotic to allow our horses to be sent abroad to be inhumanely slaughtered and turned into food,” said Assemblyman Tedisco. “Moreover, this is a public safety issue as there’s no guarantee horse meat—which is not fit for human consumption—will not end up in the U.S. food supply. I will continue to advocate for passage of legislation to ban the slaughter of horses both here in New York State and across the nation.”

The event will be co-chaired by Emmy and Tony Award-winning actress Bebe Neuwirth and Saratoga’s own Julie Bonacio, who, along with her husband, Sonny, owns Bonacio Construction. Equine Advocates honored Ms. Neuwirth in 2009, and Ms. Bonacio received a special award in 2011.

Equine Advocates is a national, non-profit equine protection organization and sanctuary based in Chatham, NY. Founded in 1996, Equine Advocates has helped and rescued thousands of equines from slaughter, abuse and neglect. The sanctuary is home to eighty-three remarkable equines, including horses, ponies, donkeys and mules. For more information and to view the organization’s Open Day Schedule for visits, please go to www.equineadvocates.org. 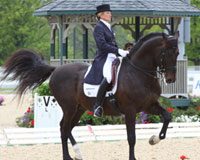