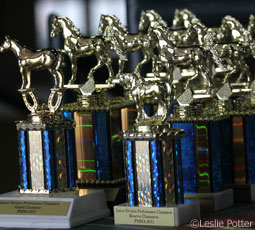 The United States Equestrian Federation (USEF) Board of Directors held their mid-year meeting on July 22 and recently announced some significant changes to rules and bylaws of the organization.

Equine Welfare
Beginning Dec. 1, the USEF General Rules will be updated to include a section on “Prohibited Practices” that relate to horse welfare. In response to member feedback solicited during the USEF town hall meetings, this new section addresses the issue of injectable substances. Under the new rule no one can administer an injectable substance to a horse within 12 hours prior to competition, with exceptions for certain therapeutic fluids and antibiotics, and dexamethasone specifically for the treatment of hives. In those cases, the injections must be administered by a licensed veterinarian.

In the past year, the show horse world received some unflattering press in the mainstream media, in particular a December 2012 New York Times feature centered on the death of a hunter pony named Humble. The article suggested that the pony’s injection schedule—15 drug treatments over three days—might be to blame, and that the USEF had limited powers to investigate situations like Humble’s. According to the New York Times, a veterinary group had recommended that the USEF adopt a rule prohibiting injections within 12 hours of competition, and this new change will do just that.

Another rule, which will be implemented on Aug. 1 of this year, also appears to remedy some of the shortcomings brought to light in the Humble incident. Known as the “Collapse Rule,” it will require exhibitors to report a horse or pony collapse at a show to the USEF within three hours. Owners and trainers will be required to submit to a drug test of the collapsed horse and must cooperate with any necessary investigation.

Board of Directors
Beginning in 2014, the Board of Directors will be brought down to 20 members from the current 54. The restructure is intended to allow for a strong voice from all of the show and sport horse interests that are part of the federation. According to the USEF:

The composition of the restructured Board will include representatives from across the spectrum of the Federation. Three seats will be occupied by USEF Officers including a President, Vice President, and Secretary/Treasurer. Eligible Athletes will be elected to four seats respectively, as will representatives from the International Disciplines and the National Breeds and Discipline Councils. One member of the Administration & Finance Council will also sit on the Board of Directors and two Independent Members will be elected by the new Board. The final two seats will be filled by representatives from the two USEF Sustaining Affiliate Members.

Western Dressage
In the tradition-based world of equestrian sport, it’s rare for a new discipline to emerge and become recognized on a national level, but the sport of Western Dressage has done just that. The sport got its start within the Morgan world, and has had its rules tucked into that breed’s section of the USEF rule book. Western dressage has gained popularity among riders of all breeds, and as of Dec. 31, 2013, it will be given its own section as an independent sport.

The Western Dressage Association of America (WDAA) will be the USEF Recognized Affiliate for the sport. This organization is separate from the well-known Cowboy Dressage made popular by Eitan Beth-Halachmy. As the Recognized Affiliate, the WDAA will be involved in continuing to develop the sport and the its official rules as it continues to evolve.

To learn more about the USEF rule changes, visit USEF.org.