Home Horse News Calling all artists: Create a tribute to the military horse 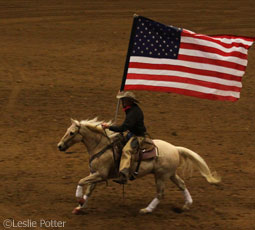 The Tragedy Assistance Program for Survivors (TAPS) is thrilled to be working in partnership with Trail of Painted Ponies and Honoring the Military Horse: An art competition dedicated to the important relationship between the horse and the American military.

Artists, active duty military, veterans, military families and anyone with a vision of how to imaginatively pay tribute to what has been called the world’s “oldest weapons system”-a military service member and his or her horse – is invited to participate in the contest.

Using one or more of the five Trail of Painted Ponies horse forms as a canvas, designs can be realistic representations or artistic interpretations. Entries can represent history or embody the spirit of one of the military services, or all combined. A special contest division will recognize youth ages 12 and under, but anyone of any age can submit an entry.

The art competition ends October 1, 2013. There are no entry fees. Online voting between October 16-25 will determine the top designs in each category, and the winners will be announced November 1. All submissions must pay tribute to the military horse. The winning pony may be crafted as a collectible figurine by the Trail of Painted Ponies. Artists will need to provide designs for both the front and the back of their Painted Ponies, along with a compelling title and story about the design.

Information about the contest rules and entry information is available at www.trailofpaintedponies.com.

Horses have played a key role in warfare and our military for centuries. The competition will also showcase the work of a special military horse named Klinger. Klinger may stand head and shoulders above any crowd and weigh more than a ton, but this midnight black horse who helps execute funeral honors at Arlington National Cemetery’s hallowed grounds is also helping children left behind following the death of a service member.

Klinger is one of more than 60 horses in the herd at 3rd U.S. Infantry Regiment (The Old Guard) Caisson Platoon. One of the hardest moments for a child who has lost a loved one is the finality of the funeral at the cemetery. Klinger is a warm and comforting face to see on a day that a child will say a final good-bye.

For years, Klinger has touched the hearts of hurting children grieving a military death who come to the TAPS Good Grief Camp over Memorial Day weekend. Visiting Klinger at his stable, surrounded by other children who have experienced a similar loss, Klinger imprints a new memory for a grieving child–helping the child see how America honors those who have served and died.

TAPS founder Bonnie Carroll, who holds a degree in equine science from Springfield College, found the experience children had with Klinger to be so healing, that TAPS published a children’s book and plush toy, so children (and grown-ups) everywhere could learn Klinger’s story in Klinger: A Story of Honor and Hope. They are available at www.taps.org/shop/

Klinger has served at more than 5,000 full honor military funerals honoring our fallen troops and veterans. Klinger was the lead horse in the 2013 Presidential Inauguration and he is the only military horse in the Horse Stars Hall of Fame.

About TAPS
The Tragedy Assistance Program for Survivors (TAPS) is the national organization providing compassionate care for the families of America’s fallen military heroes. Services are provided free of charge. TAPS has offered support to more than 40,000 surviving family members of our fallen military and the caregivers assisting them since 1994. For more information go to www.taps.org or call the toll-free help line at 800.959.TAPS (8277).