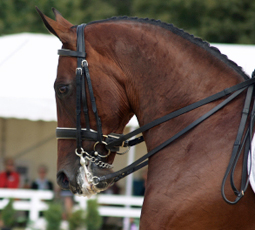 Fall brings cooler temperatures, spectacular foliage, and for dressage riders, one of the favorite shows of the year. Dressage at Devon traces its origins back to 1965 with the creation of the Delaware Valley Combined Training Association (DVCTA). The show has been held at the grounds of the historic Devon Horse Show since 1975.

Dressage at Devon has grown and flourished over the years, and like many top-tier horse shows, they’re now reaching a wider audience through online streaming. The show is available for live viewing at USEFNetwork.com from today through Sunday, Sept. 29.

The event includes a breed show and a performance division. In the breed show, horses are exhibited in-hand in the young horse/sport horse classes and the mature horse/breeding horse classes for horses age four and older. Horses three years and older can be exhibited under saddle. Horses are judged on their conformation and movement and their potential for future dressage competition. More than 30 breeds are represented in the breed show, from the European warmblood breeds most often associated with dressage to Morgans, Arabians, Gypsy Horses and more.

In the performance division, horse-and-rider teams will be competing at levels up to Grand Prix. Among the Grand Prix performances on the schedule are U.S. Olympic team members Tina Konyot and Calecto V, Canadian Olympic rider Ashley Holzer, and many other top riders from around the world. The Grand Prix Open takes place today (Sept. 27) with the first ride at 4:02 p.m. The Grand Prix Freestyle will begin on Saturday, Sept. 28 at 7:45 p.m.

Watch Canadian rider Jacqueline Brooks ride her Grand Prix Freestyle test with D-Niro at the 2012 Dressage at Devon in the video below.

On Saturday and Sunday, the DVCTA will present a quadrille exhibition in which four horse-and-rider pairs perform together in the arena. Popular “equine extremist” Tommie Turvey, recently spotlighted for his work training the Clydesdales in the 2013 Budweiser Super Bowl commercial.

For more information about all of the events taking place at this year’s show, visit DressageAtDevon.org. 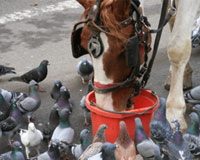