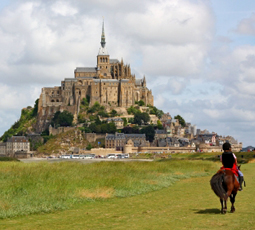 The 2014 Alltech FEI World Equestrian Games (WEG) are just over nine months away, and equestrian enthusiasts who hope to attend can start planning their trip. The Games’ organizers announced last week that the next round of ticket sales will begin on Monday, Nov. 18.

This round of tickets will run through March and will include several different package options. For spectators who want to experience a sampling of several different equestrian sports, there are 18 Discovery Pass options. For those who prefer to stick to a few choice disciplines, there are seven Sensation Passes. According to The Games’ website, these passes will be sold at a 20 percent discount over the price of event tickets purchased individually.

As of 2010, the World Equestrian Games has included eight different sports: show jumping; three-day eventing; dressage; combined driving; vaulting; endurance; reining; and para-dressage. In Normandy, two team sports will debut as exhibition events: polo and horseball. Among the offerings for ticketing packages is a Team Spirit Discovery Pass, which will give visitors the opportunity to see these two sports—along with team vaulting—in action.

Among the other offerings are:

As with previous editions of the WEG, there are plans for plenty of other attractions outside of the competition arenas. All of the passes will include access to the Games Village, which will host demonstrations, entertainment, shopping and dining.

In addition to the launch of the next phase of ticketing, a new website for the Normandy Games is scheduled to launch on Monday. According to the Games’ Digital Communications Manager Victor Lamm, the new site will offer historical photos and videos about past editions of WEG, added information about the official disciplines represented at the Games, and resources to assist spectators in planning their trip. The new website will be located at www.normandy2014.com.

To learn more about the 2014 Alltech FEI World Equestrian Games, visit their current site at jemfeialltech2014-normandie.fr.

Look for more on Normandy and the upcoming games in the January 2014 issue of Horse Illustrated.