The United States Equestrian Federation (USEF) has announced the names of theequestrians who have been selected to receive the year’s most coveted honors, including the Junior Equestrian of the Year and the Lifetime Achievement Award winner. 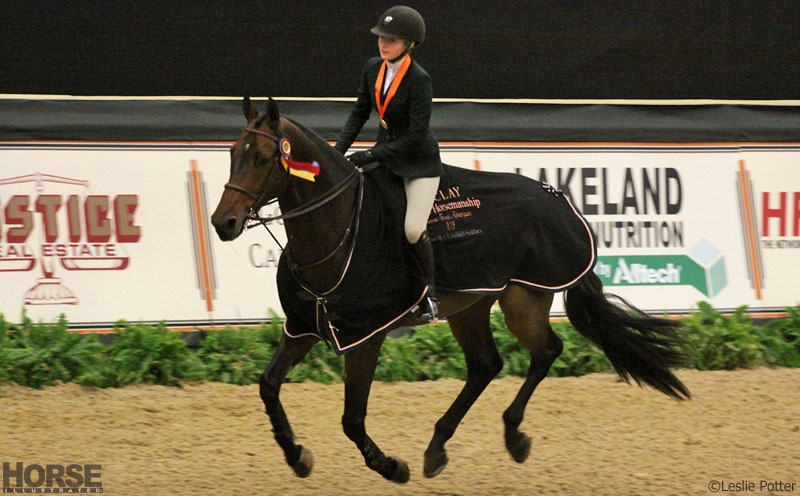 Junior Equestrian of the Year: Lillie Keenan
At just 17 years old, Lillie Keenan is already epitomizing the dedication, skill, poise, and sportsmanship that are required to reach the top of equestrian sport. A junior at the Spence School in New York, N.Y., Keenan actively participates in hunter, jumper, and equitation classes. For her talent, integrity, and contributions to the equestrian world, Keenan will be awarded the Ruth O’Keefe Meredith Memorial Trophy as the 2013 Junior Equestrian of the Year.

With her unprecedented success over the last 12 months, Keenan now stands among the most decorated junior riders in history. In the hunter ranks, she was named the Grand Junior Hunter Champion at the Devon Horse Show, in addition to earning Reserve Champion honors at the US Junior Hunter National Championships – East. Keenan also made a huge splash in the jumping ranks, winning many of the most coveted titles offered annually in the United States. In July, she earned Team and Individual Gold medals at the Adequan/FEI North American Junior & Young Rider Championships presented by Gotham North before capturing Team Silver and Individual Gold at the Randolph College/USEF Junior Jumper Championships. She also earned her first Grand Prix victory in June by topping the $125,000 Purina Animal Nutrition Grand Prix presented by Zoetis. Keenan showcased her exemplary riding style throughout the year by claiming the Shalanno Style of Riding Award at the Devon Horse Show and the William C. Steinkraus Style of Riding Award at the Pennsylvania National Horse Show. She closed out her 2013 campaign by topping the fields in the Pessoa/US Hunter Seat Medal Finals presented by Randolph College and the ASPCA Alfred B. Maclay National Finals, adding two of the most prestigious equitation titles to her resume.

In addition to excelling on the field of play, she also shines in the classroom, maintaining an A average while taking a full course load which includes Calculus, Biology, Spanish V, English, and Art History. Keenan, who’s most meaningful victory to date came in the 2011 USHJA International Hunter Derby Finals, also gives back to the sport she loves as a member of the USHJA Equitation Task Force and by helping other riders who also train out of Heritage Farm.

Bartz’s influence on the American Saddlebred sport and the entire equestrian industry expands beyond the show ring, as he has dedicated significant time and effort to governance, including serving many years on the Board of Directors, Budget & Finance Committee, and Admin & Finance Working Group and as an Officer of the Federation. He also served many years as chairman of the USEF Licensed Officials Committee. Bartz is a past President of the United Professional Horsemen’s Association and currently serves on the American Saddlebred, Ethics, Compensation & Human Resources, and Nominating Committees for the USEF.

Keenan, Bartz, and other award winners will be recognized at the USEF’s annual convention in Lexington, Ky. in January. Learn more at USEF.org/Convention.